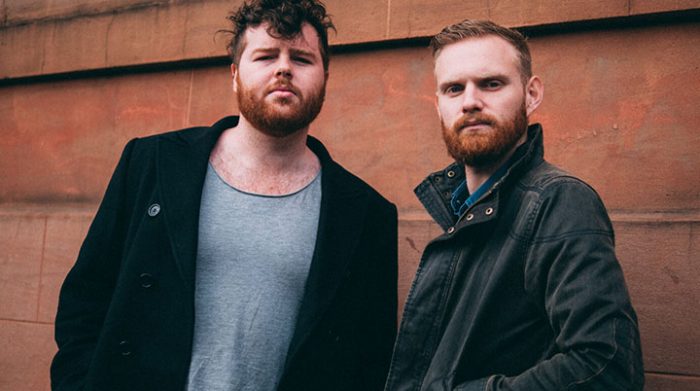 This is a duo album by two members of the Scottish band Rura, the duo of David Foley and Jack Smedley which initially formed in 2008 has become the cornerstone of one of the biggest names in Scottish contemporary folk music. In between touring and recording with Rura long standing colleagues and friends David Foley and Jack Smedley found themselves with an abundance of brand new unplayed music in 2017 and much of which surfaces and forms the core of this album.

The fiddle and flute duet which is at the core of the album is a common pairing in Irish music. Its sense of regionalism is the key figure as it often illustrates the lineage of local styles as in that of Roscommon/North Leitrim or South Leitrim/Sligo for example. However in Scotland this pairing while found in bands like the Tannahill Weavers and Rura is common but in Scottish terms of duet playing is not found so often and when it occurs the regional lines blur and this stylistic rarity makes this pairing an interesting one. The lack of a richness of regional fiddle/flute repertoires within the Scottish musical canon makes for the opportunity of extreme levels of creativity in the accompaniment area when it happens.

Time to Fly is an eclectic selection of music based in the traditional idiom but fully aware of the contemporaneous influences that permeate their compositions. All the tunes are self-penned and therefore belong to no set rhythmic recipe other than those of the creators, which allows for free –range application of notation and beats. ‘Marionis’ starts gently with fiddle and guitar and flute the sound pure as natural breath. Alex Thyberg of Jarvso blends creamy flute and fiddle tones with gentle percussion and bass while Coruscate merges ambient toning with lush Jazz based backings yet is completely melodic and cascading.  The varied backings include everything from driving acoustic guitar and a full band rhythm section to subtle electronica. Thankfully subtle here is the word as the electronic drum patterns only softy resonate between the reed and strings conjuring up a mood of support rather than takeover. ‘Time to Fly’ offers traditionally based original Celtic music in a compelling contemporary framework.