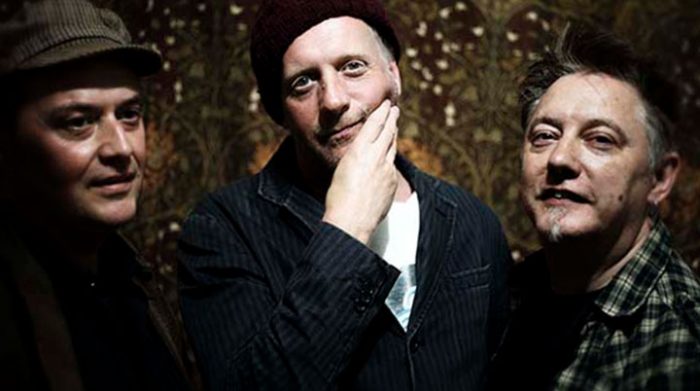 Harp and a Monkey have been beavering away in the North West of the UK producing a rather unique sound to their folk music for some ten years. To create something of a fun challenge as the band started, they decided that their instrumentation should be refreshed with instruments that they had not played before. As a result, Andy Smith got a banjo and melodica, Martin Purdy an accordion and glockenspiel and Simon Jones a harp and viola. There were no monkeys harmed in their choice of instrumentation, you’ll notice, but all the same it makes for an exceptional sound.

Taking their inspiration from the local area they have created albums and live performances that show off this mix of instrumentation on songs that draw from local folklore. Following on from ‘War Stories’, their look at the great war through North West eyes, there comes ‘The Victorians’. As with all things from the band, Harp and a Monkey have their own angle to this in that their thought process had them wondering what a 150 year old pop song might sound like.

Having spent time taking traditional music into new areas, it should come as no surprise to discover the Mancunian trio had another trick up their sleeve for this new album. This time out, the band handed over the final editing and mastering of their new recording to a long-standing admirer called Darren Jones – who just happens to be the go-to studio engineer for the likes of superstar rap and grime artist Stormzy. It turns out that Darren had seen the band playing in Liverpool some years ago and was intrigued enough to express an interest in working with them. The stars finally aligned for this new record.

And, boy, do those stars shine. Don’t let the title of the album fool you into thinking of stale and depressing topics as Harp and a Monkey uncover tales of wife auctions, political corruption, bare-knuckle boxers and naked lifesavers. It’s the opening track, ‘A Naked Man In Paradise’, that tells the tale of the lifesaver who, having witnessed the sinking of a boat at its launch, strips off and dives in to rescue some of the passengers, returning to find his clothes stolen and later dies of pneumonia. It’s typical of the thorough approach of the band as they take their inspiration from a small plaque near the river Irwell bordering Manchester and Salford, carefully research what happened before turning it into a piece that captures the industry of the period amongst the desperation of some of the people. Musically, it starts with a mix of instrumentation including electronica that makes the sound swell as if you’re actually on that river.

‘Victorians’ also captures a Mancunian tale based around the Manchester Moth, as featured on the record’s sleeve. The moth having started as white in colour evolved into a black appearance due to the grimy atmosphere of the day. This simple tale is used as an allegory to question the ‘progress’ brought about by scientific advancement. All based around a melody found by folklorist Roy Palmer and developed with Harry Boardman.

On ‘Ten Shilling Wife’, they adapt a song found on a broadsheet as ‘The Ship Carpenter’s Wife’ which highlights the activity of auctioning wives in the Victorian period. In this case, an outcome welcomed by the wife who escapes a drunken husband for a better home. As you’ll sense, each of the songs captures the social circumstances of the time in miniature. Naturally, there are moments when there is a resonance with modern times such as the last track, ‘Bonnie England’ with its tongue in cheek consideration of the welcome offered – now, think of the poor souls recently found dead in a lorry in Essex.

If this review makes ‘The Victorians’ sound like an earnest collection of songs, it’s true that the social tales often carry some moral learning to reflect on. However, that needs to be taken on board with the inventiveness of their music where the arrangement of their unusual instrumentation allied to their use of electronica and ‘found sounds’ makes for a heady and, often, jaunty mix. It’s said that necessity is the mother of invention but, in this case, the only necessity is that you check out ‘The Victorians’ from the inventive Harp and a Monkey.