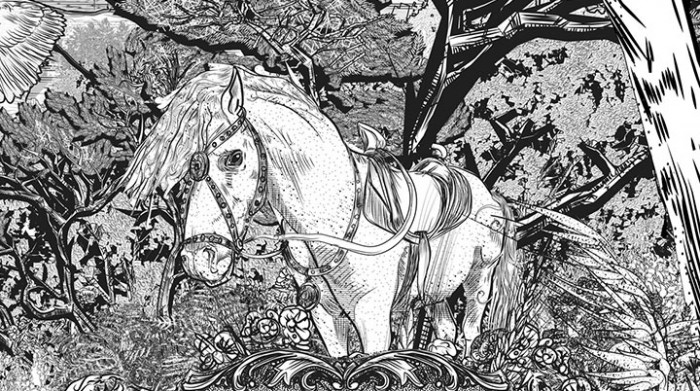 Scottish musician Hamish Napier’s first solo album ‘The River’ is a personal ode to the River Spey in the North East.  Napier actually grew up 100 yards from its bank and practiced music to its roar in the background. In terms of an good album premise, I defy you to find many that will top that.

Now a Glasgow-based multi-instrumentalist and composer, Napier uses ‘The River’ to bring to the surface vivid sonic images of events past and present which occurred along the stretch of water close to his childhood home. He documents the relationship that he and members of his family have with the river and the creative product they have generated as a result. He acknowledges too that no mortal can have a truly harmonious relationship with a natural force which can at times be merciless and unrelenting.

Napier makes almost exclusive use of all his musical resources – the album features flute, whistles, pianos and keyboards, always present at the core of his music. As well as ‘The River’ being a personal story for Napier, it also takes the form of a professional one; the alto flute/ bodhran combination is inspired by Flook and played by Sarah Hayes and Martin O’Neill. Members of Breabach make an appearance. Engineering and co-producing is electronica musician Andrea Gobbi, who also created soundscapes for the album.

Hamish Napier is a brilliant instrumentalist and his guest musicians help him to bring to life to this incredibly personal album, which could be described both as a sonic tribute and as a kind of autobiography. Experimental, playful and with the occasional deliberate hard edge, parts of it are challenging to listen to. All in all, ‘The River’ is an interesting solo album from a very interesting musician.