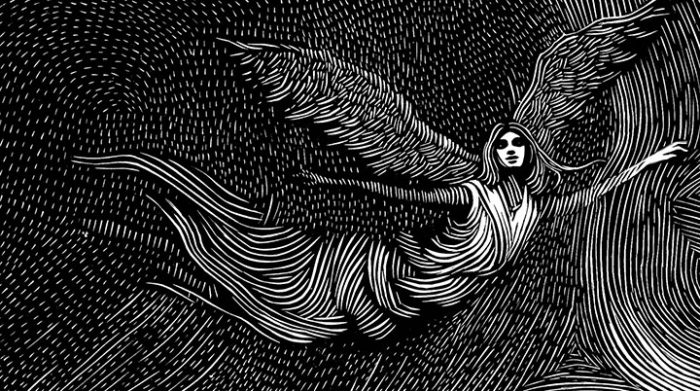 Kirsty McGee has been grafting away as a singer songwriter for around 20 years in what has become something of an international task. Following her muse early on was all about finding her own space between folk and Americana as it’s become termed. Labelling this space as ‘hobopop’ has provided a wide palette of music genres for her to mix together. A perfect pool of creativity, if you want, where ‘The Deafening Sound of Stars’ has caused the latest splash.

The album opens with a slice of chirpy pop in ‘Moving On’ as she sets off with a happy tone that pervades the rest of the record. Whether this tale of newly found love is autobiographical or not, there are various songs here that reflect on matters of the heart. Up next is the old time jazz flavoured ‘I Take You In My Arms’ which carries its loving sentiment in amongst some luscious brass playing. The latter provided by members of The Hobopop Collective that has gathered around her over the years.

Special mention amongst the ten strong group of musicians that have contributed to this record should go to Biff Roxby who not only adds brass and vocals but co-produces the record with McGee. The latter job done to perfection with a clarity that matches the always sweet voice of Kirsty McGee even as she scat sings on ‘Electricty’. Listening to this record, it’s clear that there is a familiarity amongst the collective players that isn’t disturbed by remote overdubs coming in from members in Joshua Tree, California and São Paulo, Brazil.

There are various tracks which get flavoured with jazz and blues such as ‘Highway Dog Rose’ and ‘The Glimmer in the Corner of Your Eye’. However, adding variety, ‘Raven’s Eyes’ has the kind of electric guitar work that reminds you of Marc Ribot’s playing for Tom Waits but added into a slow samba rhythm. While ‘Copenhagen’ is a folksy love song to that city, or, the companionship found there – whichever way you want to read this tenderest of songs.

The most distinctive sound here is found on the title track and centrepiece of the album. Clocking in at over eight minutes, it levitates on the gentle voice of McGee and reminds you of Van Morrison in one of his finest transcendental moments. It’s a magnificent, sweeping song and production worth the price of the record alone

Kirsty McGee has flirted with ‘the big breakthrough’ before, especially when her song ‘Sandman’ was picked up by Danny Boyle for his film, ‘Trance’. However, her true worth is found in a magnificent vocal and the high quality musicians drawn to this like moths to a flame. ‘The Deafening Sound of Stars’ should be ringing in everybody’s ears as soon as possible.