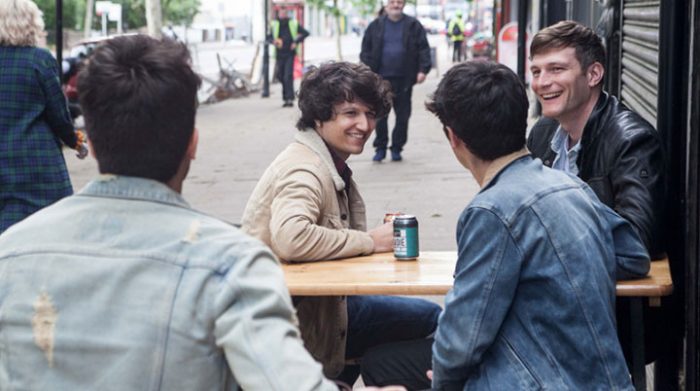 This London based four-piece first hit my radar back in early summer with the digital release of their debut single ‘Play Johnny Play’ – a hard driving rocker sung in strident tones by vocalist Callum Lury – that immediately put one in mind of John Fogerty and Creedence Clearwater Revival. Their live shows have drawn a lot of attention and the band were touted by the UK Americana Music Association early on as ‘ones to watch’. This accolade led to interest from the venerated Bob Harris who recorded them for an Under The Appletree session and also support slots for the guys with such notable artists as Iris Dement and Bennett Wilson Poole.

So now we have their first physical release by way of a four track EP and it’s a very promising follow up to their debut single indeed. I must say the boys wrong footed me somewhat with the opening RnB flavoured ‘He Worked’ that could have come straight from the Graham Parker songbook – all blaring horns and biting guitars. ‘Blood Off Your Hands’ follows, a John Fogerty type stomper that chimes and swings and will no doubt be a live highlight. The uptempo groove continues with ‘It’s Only A Matter of Love’ – a tune that sounds like it was conceived in Austin Texas not East Acton -before the pining, acoustic country of ‘Have You Seen My Baby’ wraps things up, featuring some fine pedal steel guitar that signposts their versatility.

The Blue Highways have produced probably the finest UK based slice of Americana since The Rockingbirds debut way back when. Featuring three brothers – Callum, Theo and Jack – along with bassist Peter Dixon, there is a definite magic between them. Let’s hope sibling rivalry can be kept in check long enough to enjoy the ride.