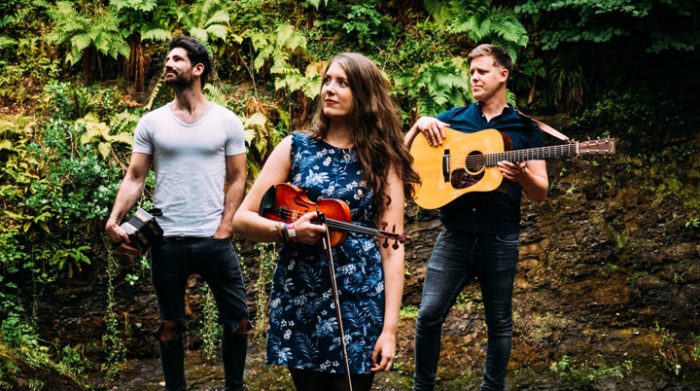 Mohsen Amini, current (and youngest ever) holder of BBC Radio 2 Folk Awards coveted ‘Musician of the Year’ title will head out on the road with Scotland’s celebrated Talisk trio in April.

Described by Glasgow Herald as ‘a rockin’ powerhouse’ Talisk are one of the most exciting acts on the UK folk scene, renowned for their innovative, high energy instrumental music.

In just five years they have pinned themselves firmly on the acoustic music map, winning the 2015 BBC Radio 2 Young Folk Award and the 2017 Scots Trad Music Awards ‘Folk Band of the Year’ gong as well as being nominated for the 2017 BBC Radio 2 Folk Awards Horizon title – for best emerging act. They have won over festival audiences around the world from Denmark’s Tonder to WOMAD, the Philadelphia Folk Festival, Milwaukee Irish Festival and Canada’s Celtic Colours.

Their debut album Abyss was shortlisted for Album of the Year at the 2016 Scots Trad Music Awards but they came of age with 2018’s Beyond, bursting with their dynamic, feelgood, slickly crafted, self-penned tunes. The esteemed Songlines magazine gave it a 5* ‘Top of the World’ review, praising the band as “incredibly infectious and endearing –fresh, invigorating, accomplished and playfully frisky.”

Fuelled by their global travels, the frenetic, driving rhythms, vibrancy and versatility were tempered with soothing, gentle textures as they took listeners on a roller coaster journey from Montreal to Ohio, Serbia to Nova Scotia and home to Scotland. The track Farewell saw the addition of vocals provided by some of UK folk’s biggest names, working as a huge choral collective.