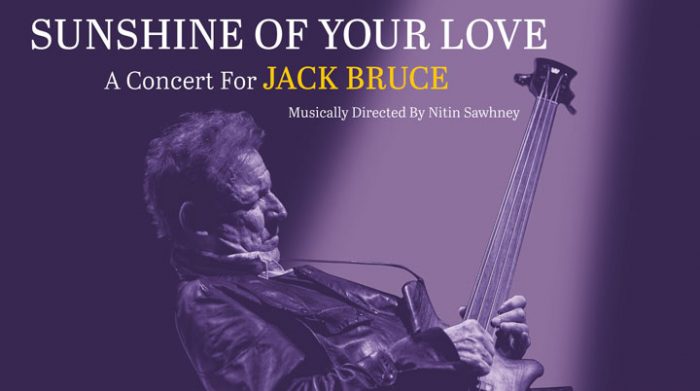 On Friday 25 October 2019, German independent label MIG Records will release Sunshine Of Your Love, a box set of an all-star concert celebrating the life and music of legendary Cream founder Jack Bruce. The format will be a video-and-audio presentation of one DVD and two CDs.

Staged in London’s Roundhouse on 24 October 2015, a day short of the first anniversary of Jack’s death at the age of 71, the concert was organised by his daughter alt-soul artist Aruba Red, alongside his widow and manager Margrit Bruce Seyffer. 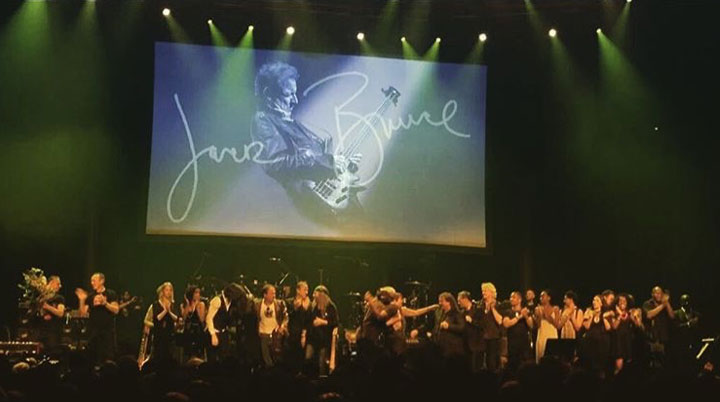 Filming of the event in HD was directed by daughter Kyla Simone Bruce. The Musical Director was award-winning composer and multi-instrumentalist Nitin Sawhney CBE.

Fabled drummer Ginger Baker, Jack’s bandmate in Cream, also appears (the two had previously played in Blues Incorporated,The Graham Bond Organisation and BBM). Ginger Baker died on 6 October 2019 so this box set may be the last significant recording of him playing live.

Although the third member of Cream, Eric Clapton, didn’t play at the concert he contributed the musical homage For Jack which is released on this box set for the first time.

As well as commemorating Jack Bruce’s musical legacy, the concert raised over £35,000 for East Anglia’s Children’s Hospices (EACH). Jack had regularly raised money for the charity’s three hospices in Cambridgeshire, Norfolk and Suffolk. Now, a percentage of the DVD/CD box set sales will be donated to EACH.