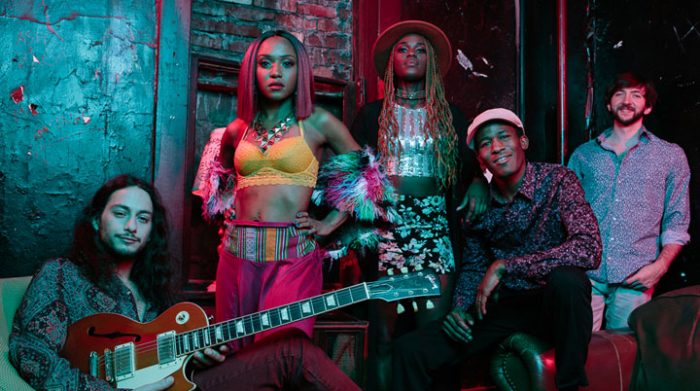 After the rapturous reception that was afforded their 2017 debut we are treated to another helping of southern fried soul by this young quintet from Memphis. Here the band continue their journey through the past recalling the heady days of the Stax label with a fusion of soul, blues and R & B that may be derivative but delivers in spades.

Going back to the source, the opening title track kicks in with a guitar lick straight from the 60’s blues boom, before hitting an infectious groove that just defies you to sit still. From there on in the band provide a smorgasbord of horn driven sound as they move effortlessly from the bluesy ‘Whiskey Love’, the swaying Southern soul of ‘Savior’ ( sic ) and then on to the funk fuelled ‘Switch up’.

Recorded at the legendary Sam Phillips Studios with noted producer Johnny Black at the helm ( Jessie J, Daughtry, Estelle ) and a back to basics methodology, there are no toys to mess up the signal here and they have captured their live dynamics to a tee. Topping off a highly accomplished unit is vocalist Tierinil Jackson whose soaring vocals put one in mind of Mother’s Finest singer “Baby Jean” Kennedy and it infuses the whole shebang with the necessary sass and star quality.

With a relentless touring schedule and notable accolades from legends such as William Bell, the Streets gospel-tinged brand of retro may just turn on a new generation to the pleasures of the past.