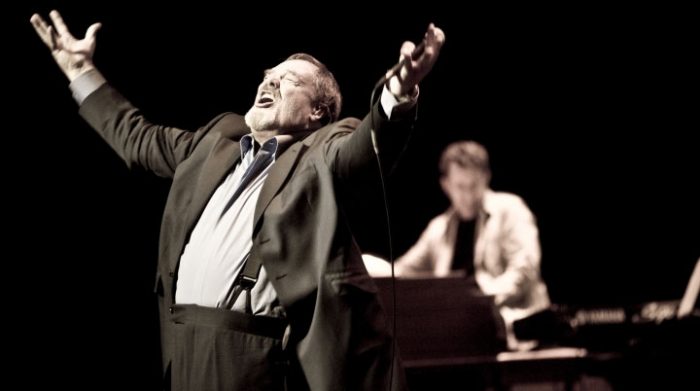 The distinctive voice behind the Jazz Rock pioneers Blood Sweat & Tears, Clayton-Thomas made a meteoric rise to the top in the late 1960’s via some of the most memorable hits of the era. ‘You Made Me So Very Happy’, ‘And When I Die’ and his self-penned ‘Spinning Wheel’ all hit the Top 10 and formed the basis of his career and won him a Grammy to boot.

Growing up in the Toronto suburbs his early years were troubled. From the beginning David and his father had a fractured relationship. By the time David was fourteen he left home, sleeping in parked cars and abandoned buildings, stealing food and clothing to survive. It wasn’t long before he ran foul of the law and spent his teen years bouncing in and out of various jails and reformatories. All this informs the writing on this politically influenced album.

The Jazz flecked music of yore is replaced here by a more straightforward approach that mixes rock and blues. The opening numbers are highly autobiographical and thought provoking – powerful words that hark back to his time in stir. Clayton Thomas’ voice may have lost some of its authority but the words carry a characterful message. The opening acoustic blues of ‘Burford’ recalls his 44 months in jail and a battered old guitar that came into his possession, left behind by an outgoing inmate – life changing events. Likewise the low key and reflective ‘The System’ paints the hopelessness of life within the youth justice system and with an authenticity that rings true. Both these gems exemplify that song writing works best when telling a tale from the inside and not merely a vehicle for preaching to the converted.

In a sense this album is a throwback to the 60’s and the issues that troubled the world then are sadly still with us. Political corruption, gun control, discrimination and more are all covered here. Which begs the question ‘Did Rock’n’Roll really change anything?’ Probably not, but for a guy nearing eighty years of age Clayton-Thomas is still raging against the powers that be. Remarkable.