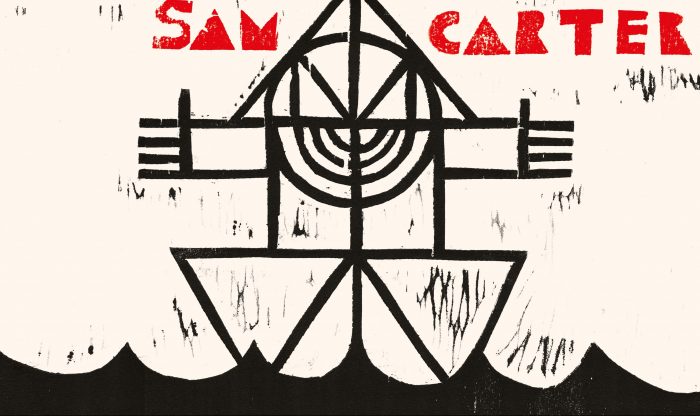 In the ten years since winning Best Newcomer at the 2010 BBC Radio 2 Folk Awards, Sam Carter has earned a reputation for vivid, narrative-driven songwriting and captivating live performances.  Renowned as “the finest English-style finger-picking guitarist of his generation” (Jon Boden), Sam made a spell-binding appearance on Later… with Jools Holland in 2012 and has toured the world, sharing stages with some of the finest guitarists and songwriters, including Nic Jones, Martin Simpson, Richard Thompson, and Chris Wood.

Sam says  “Home Waters was recorded at Simpson Street Studios in Thropton, a converted church with fantastic acoustics. Album producer Ian Stephenson and I thought it’d be great to shoot a series of ‘live in session’ videos to capture solo performances of the album tracks in the same acoustic setting. I’ve often thought of blacksmithing as a great metaphor for the creative process, one of hammering away in the dark until you craft something that ‘catches the light’. The Forge is a metaphor for the seat of creativity, and the song’s blacksmith narrator is a personification of raw creative energy.”

Keeping busy during lockdown, Sam decided to take his album launch ‘online’ which you can view here:

Regarding his future plans, Sam says, ‘‘I have an autumn tour scheduled in at present,  but obviously we’re not sure whether that’s going ahead or not yet,  I’m hoping to be able to make an announcement in the summer once things are a bit more certain?”

In the meantime Home Waters is available to listen / download / buy on CD from https://samcarter.bandcamp.com/