Runaljod – Ragnarok is the final piece in Wardruna’s epic musical exploration of the Norse Runes that has occupied main man Einar Selvik since 2003. Selvik has delved deep into the character and meaning of these enigmatic symbols from the distant past, he has crafted songs and instrumental pieces that unlock the power of each rune. The songs themselves have an otherworldly energy, which must in part be down to the incredible array of traditional and historical instruments utilised. Some simply don’t exist anymore, so Einar made them from scratch.

The Norwegian band use the oldest of Nordic instruments, including ‘deer-hide frame drums, Kraviklyra, tagelharpe, mouth harp, goat horn, lur and more’. On top of that we also get stones, bones, trees, fire and ice being used for rhythm and truly natural sounds. The songs use old Nordic poetic metres and lyrics written in Norwegian, Old Norse and the Proto-Norse tongue. Einar has collaborated with several artists over the span of these three albums, Lindy-Fay Hella being a consistent part of the sound, yet the vocals range from low whispers to great choirs to create a wholly new musical landscape. You can see some of the instruments used in the video to Raido below:

So how does Ragnarok compare to the previous albums, gap var Ginnunga and Ygdrassil? Realistically this trilogy should be considered as a whole, as they all address the Norse runes, yet each can be taken as an entity in itself. Ragnarok feels somehow larger, tracks such as UruR and Tyr have horn sections that expand the dynamic range quite majestically. That range is exploited to great effect on the album opener Tyr, named after the one handed God of war and heroic deeds, his hand bitten off by the wolf Fenrir in the act of capturing the bringer of chaos and binding him, fenrir would remain bound until the day of Ragnarök. An ominous intro leads into blasting horns and drums worthy of a Norse god, layered vocals create a charged atmosphere and the stage is set for the most nuanced album in the trilogy.

It’s not all Gods, war and mythology however, Selvik has captured the connection to the earth and sky, drawing them into the arrangements by recording some tracks outdoors and using natural things as percussion and ambience. So on Isa we get ‘ice percussion’ by Eilif Gundersen, Steinar Mossige and Sigurd Ytre-Arne. Ragnarok equally paints a portrait of the staggering natural beauty of Norway, by turns awe inspiring and others tranquil and reflective

Do you need to know anything about the runes to enjoy them? Not really, but it would certainly help, we’ve put together an overview to give a basic introduction and further references. In the myths the runes are not just an alphabet but potent symbols that aid in the understanding of the mysteries of life, each one charged with layers of meaning and power. The Runaljod trilogy is a stunning testament to the fascination that we still have for the symbols and the wisdom of our pagan past, and present. 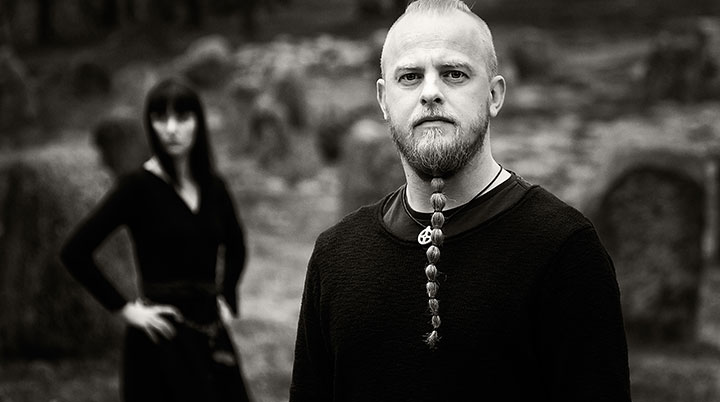