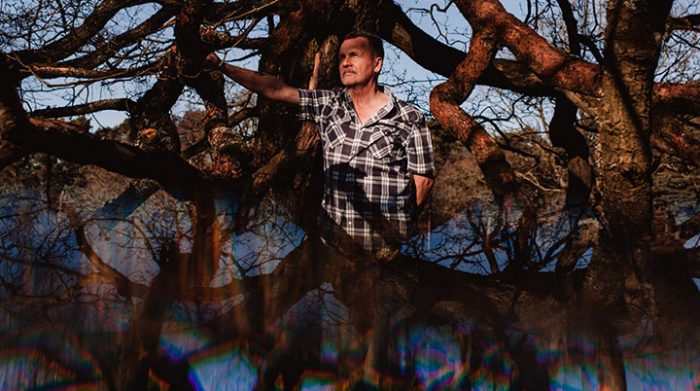 Quite possibly one of the key albums of 2019 ‘Rooted’ proves once and for all, what those with any smarts knew already, that Martin Simpson is a master of acoustic guitar using styles from both sides of the Atlantic , meshing them together with a natural ease and shaping his own unique identity. Don’t forget either that he’s equally at home facing 20,000 at a festival or in a back room folk club when 50 or so devotees are crammed in.

Probably describing his approach to life and music ‘Rooted,’ is going to please his ever expanding fan base whilst being an invitation to those who haven’t investigated his works so far. From playing, through to arrangements via musical support and the packaging, this release scores across the board, if you hear a more diverse bunch of songs, they range from the natural world to the fact we all need to be operating in tandem during current roubles and strife, then I’d be impressed. As it is I’m impressed by his treatment of the old Jackson C. Frank take ‘Kimbie,’ played ironically on Frank’s own guitar, a gentle reading with sublime backing vocals, whilst ‘Hills Of Shiloh,’ is a grim, gritty Civil War item buoyed however by strings from Ben Nicholls and Nancy Kerr. The delights come thick and fast ‘ Who’s Going To Shoe Your Pretty Little Foot?’ is a hoedown and Saturday night hop all in one, Dom Flemons shows up playing bones. Closer ‘More Than Enough,’ is a dedication to his late father in law Roy Bailey and is haunted by a lingering mist of electric guitar.

If you thought the subjects of the songs were wide enough then the instrument list will flip your wig, yer man himself plays no less than banjo, banjola, fretless banjo, electric bass guitar, electric guitar resonator. Append a list of guests as starry as the night sky, Richard Hawley, Andy Cutting, Chris While and Julie Matthews to name but a few and this is one disc that won’t easily leave your player. Dip into your pocket for the edition with the extras disc, ‘Seeded,’ and you get seven extra shots of Simpson, some instrumental but a burning version of the folk song ‘Queen Jane,’ is the icing on the cake. Pointed, honest and above all human at heart ‘Rooted,’ takes some liberties and risks but as a listener you’re the richer for it. Music as high art can’t climb much higher than this. A lofty album from an assured, confident voice, Martin Simpson is worth his weight in gold and then some.