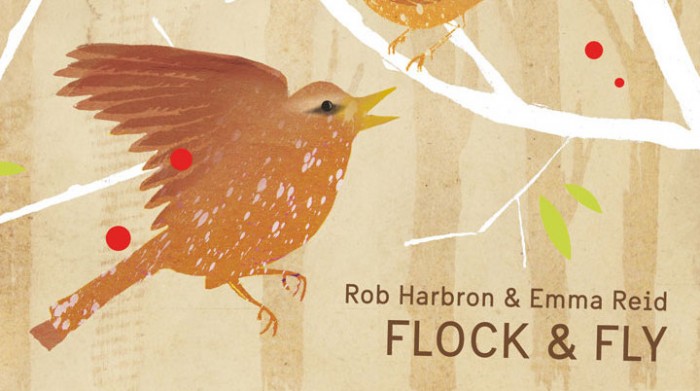 If you are someone who loves English traditional tunes, buy ‘Flock and Fly’. It’d be a sensible thing to do with your day.

Rob Harbon and Emma Reid are widely recognised as being at the top of the pile musically. As well as being part of acclaimed trio Leveret, multi-instrumentalist Rob Harbron has performed with Fay Hield and the Hurricane Party, Jon Boden and the Remnant Kings and Kerr Fagan Harbron as well as being commissioned to write for organisations such as the Royal Shakespeare Company, the English Folk Dance and Song Society and the Royal Geographical Society among others. Swedish/ English fiddle player Emma Reid is well known in both countries as an exemplary collaborator, performer and musician.

‘Flock and Fly’ melds English tunes with the influences of Sweden and Scotland (and even a spot of Cajun) to create an album that allows both musicians to make the most of their respective virtuosity. A musical partnership that is both traditional, innovative and fruitful, they were probably born to collaborate.