Record Store Day has once again been a huge success, a new generation has caught onto its charms and has been lapping up all of the limited edition goodies. Here is a selection from the UK and US… 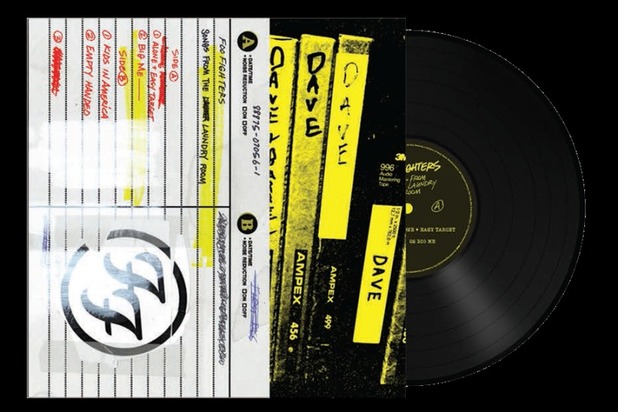 Dave Grohl was this years RSD Ambassador and the Foo Fighters produced a unique record for the event Songs From The Laundry Room. Amongst early demos and unreleased Foo Fighter songs there is also a cover version of Kim Wilde’s Kids in America. The band also did an in store appearance at The Record Connection,  just miles away from Dave Grohl’s hometown of Warren in Ohio.

The oldest independent record label in the world, Topic Records, have released a trio of seminal folk albums on heavyweight vinyl by Anne Briggs, Martin Carthy and Bob and Ron Copper.

One artist who personifies Record Store Day 365 days a year is Jack White, his Third Man Records store in Nashville had fans queuing around the block for hours to get their hands on exclusive merchandise. Top of the wishlist for many was the reissue of Elvis Presley’s rare first single, My Happiness, in packaging resembling the 1953 original. White recently purchased the genuine article for a cool $300,000. Possibly the oddest Third Man product available was the oil filled album…

A big tradition of RSD is cover versions, here Johnny Marr does I Feel You by Depeche Mode:

Record Store Day just keeps getting bigger and better, helped in no small part by the revival in vinyl. This isn’t fueled by nostalgia, it is a whole new generation discovering the pleasure and excitement of collecting music.