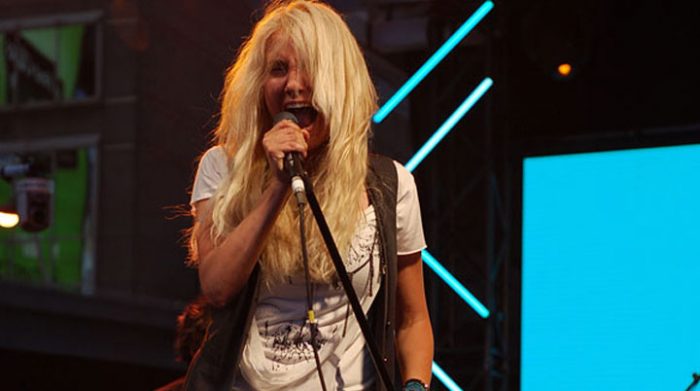 Over one million album sales. A duet with Joe Cocker on the mega selling ‘Bodyguard’ soundtrack. A world tour with the David Bowie alumni lead by Mike Garson. Yet outside of her native Canada Sass seems to have been unfairly overlooked.

With raspy chops that hint at Janis Joplin and Maggie Bell her later albums like ‘Racine’ and ‘Rats’ echoed the music of the early seventies and particularly Delaney and Bonnie’s fusion of rock and r’n’b – so the only surprise is that it’s taken nearly 40 years for her to record a fully-fledged blues album. Ably assisted by her regular band The Champagne Hookers and aided by the superlative Harp playing of Steve Marriner this record traverses the standard rock/blues themes; but Sass has the personality to give these familiar tunes a fresh lick of paint and make the ride an enjoyable one.

Marriner’s harmonica pervades the opening ‘Leaving Trunk’ augmented by some fine slide playing courtesy of guitarist Chris Caddell. Taking its cue from the Taj Mahal version it is nevertheless infused with an enthusiasm that takes it beyond being a mere re-tread. Continuing on this journey through the past Cass has taken her obvious influences and transported us back to her childhood via the white boy blues at Filmore East with memories of The Allman Brothers ‘One Way Out’, Steve Miller ‘My Babe’ and the gospel soul of the self penned ‘The Key’ – all recalling rock’s golden age.

This album is in many ways a watershed moment for Jordan. The blues have often been threaded through her past work, but now she’s taken the plunge to find a direction that could point to a very successful future. These are baby steps. As good as this album is, next time around if she can take a few more risks and chances by penning more original material her obvious talent may gain her career a whole new momentum.