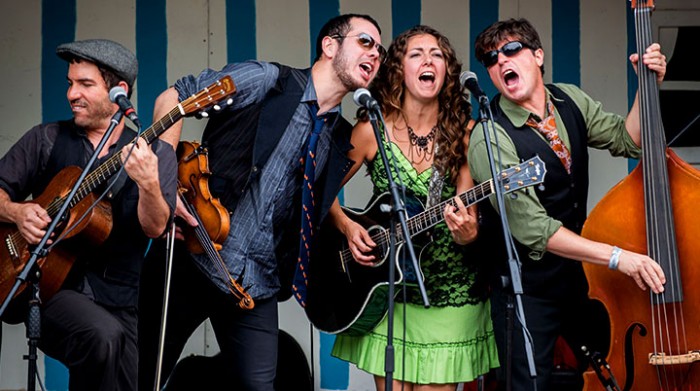 With the success of this year’s Purbeck Valley Folk Festival, it comes as no surprise that the popular family friendly four-day event will be back next year from 25-28 August. The festival champions local music, traditional song writing and originality and is a big draw for music lovers.

Tickets are on sale now with exciting headline acts to be announced over the coming months.

Organisers Catherine and Paul Burke have said that they’ve been inundated with positive feedback from festival-goers who have complemented the music, sound and atmosphere of the festival site at Purbeck Valley Farm near Harman’s Cross. They especially want to say thanks for the huge amount of support they received locally.

As such, residents in the BH19/20 postcodes will receive a 20 per cent discount on tickets.

“We put a lot of effort into bringing great music from around England and further afield to the Purbecks. We want to encourage as many local people to come as possible. For that reason, we offer a 20 per cent reduction on tickets prices across all festival tickets. Make sure you tell your friends,” says Catherine Burke.

This year saw exclusive headline performances from Richard Thompson, Chris Difford, Justin Currie, Hot Rize, Stornoway, Kathryn Tickell and a host of talented local musicians. Surrounded by spectacular views of Corfe Castle, accessible camping and some truly delicious food, Purbeck Valley Folk Festival was just as much a feast for the eyes as it was the ears.

Running over the August Bank Holiday weekend, revellers were treated to the very best folk, roots and world music. Music fans were given a special treat, as the festival’s exclusive Songwriting Circle saw headliners Chris Difford and Justin Currie entertain with colourful stories behind their well-loved songs. There was also a host of other favourite attractions including kids entertainers, storytellers, craft workshops, music workshops, song sessions, cinema, poetry, Purbeck Rising and open mics.

The organisers continue to carefully choose artists for an exciting festival that reflects the diversity of the current folk scene, with plenty to keep music lovers and families entertained.

Tickets are selling fast already for this year’s festival, which takes place on 25-28 August. Weekend tickets (Fri-Sun) include free camping and are on sale now at just £90 (youth £45, children over three £20). For more information and tickets please visit www.purbeckvalleyfolkfestival.co.uk