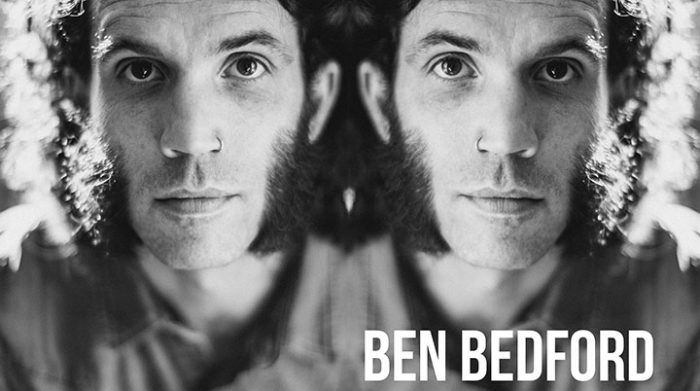 Seeking out new musicians to follow is one of the great pleasures of being a music fan. However, whilst music can easily be shared globally via the Internet, growing a fan base is still a challenge for musicians. Ben Bedford has been building a following in his homeland of the USA over a few years and garnered praise such as winning the Kerrville New Folk competition in 2018. To help spread the word more widely, ‘Portraits’ has been compiled for release and puts together a selection from his first three albums, ‘Lincoln’s Man’, ‘Land Of The Shadows’ and ‘What We Lost’. Its release, hopefully, backs up a planned tour outside of his homeland in 2021.

As will become clear, the strength in Bedford’s songwriting is that of being a storyteller. The album opens with the epic eight minutes of the title track from his debut record, ‘Lincoln’s Man’. A song that tells the tale of one of the combatants in the American Civil War with Bedford’s vocal and acoustic guitar set to a background of banjo, bass and drums. Its length apart, it typifies his approach to songwriting in terms of drawing on American history for inspiration and a folky arrangement to get the tale across to the listener. Other subjects that flow from his pen include the brutal lynching of the 14 year old Emmett Till on ‘Land Of The Shadows (For Emmett Till)’ and the travelling migrants of the Great Depression on ‘Migrant Mother’.

Lyrically, Bedford is poetical as he paints pictures of characters in various narratives. ‘One Night At A Time’ captures a developing relationship in a setting of various domestic references as diverse as the couple eating together and the passing traffic. So, when not leaning on key moments in American history, he uses such vivid imagery to set the scene like the folded photograph of a forgotten friendship on the track ‘What We Lost’. This kind of vehicle gets used in the historical sketches too, like the rare red-winged blackbird that makes an appearance in the tale of the Confederate surrender in the American Civil War, ‘Twenty One’.

While it’s clear the tales that unfold in Bedford’s lyrics are at the heart of his music, the melodies lend themselves to their telling due to their simple folk arrangements. In many ways, his style is reminiscent of how James Keelaghan brings Canadian history and culture to the fore in his folk driven music. In summary, Ben Bedford is currently too far under the musical radar but ‘Portraits’ is a carefully chosen compilation that offers an ideal opportunity to discover his hidden treasures.