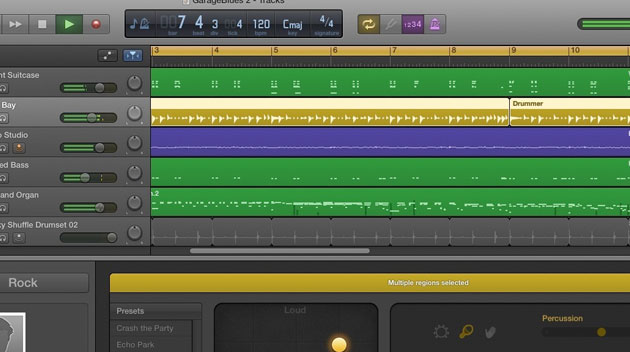 We’ve all been there: You’ve just seen an amazing live act, they could be your next big thing. You get home and download their album. It sounds great. But it just isn’t… right. This year I visited the Beverley Folk Festival, there were many brilliant acts I couldn’t wait to check out when I got home. But…

All too often I’m left with a bitter feeling about studio albums in the folk scene. We’ve come a long way in the recording industry and as avid music fans we’ve never had it so good. Digitisation has enabled each of us to download a vast array of music from scenes around the world, and it’s a major positive for reviewer and fan alike. Looking through my personal collection there is folk ranging from the Midwest to the Mongolian steppes; 20 years ago this just wouldn’t have been the case, and I’m thankful for this.

But for all the positives of digital music such as the improved recording and downloads, in my mind there are drawbacks. There has been a major problem brewing in folk which, to many, is a musical practice that relies on intimacy and honesty. This problem is the clinical recording process and the production teams that put their hand to the tracks afterwards.

What could possibly be the issue with making something sound better?

Well, we’re left with albums that are for want of a better word, sterile. It’s a world where each little imperfection is ironed out and the way an instrument sounds is changed. There are many genres of music in which this is undoubtedly a good thing and I would suggest that a lot of chamber pop and classical music has benefited greatly from these improvements. Within these genres it is easier than ever (for the casual listener) to hear each aspect of the music and pick up on compositional subtleties. Exactly the sort of thing we should be noticing in those genres of music.

However I would posit that folk is an entirely different being. The instrumental subtleties aren’t really as important and you can forgive the imperfections. Folk is a feeling. It’s a musically charged emotional response and a way of sharing the difficulties of everyday life in an accessible and ancient format. It’s why live folk is a truly great thing to see and why all to often the transition from stage to studio isn’t one that works. There’s a focus on how good the music sounds after production and not how right it sounds. This may feel a little wooly and no doubt I’ll be accused of pretence but it’s certainly there.

This has gone so far that in recent years we’ve seen a new wave of remastered material from classic folk acts that attempts to do the same, instrumentals are brightened up and different aspects of the composition are made louder (along with a whole host of other things). Nine times out of ten this is, to me, not an improvement. Gone, for most acts of relative fame are the days when albums were released with tiny mistakes (think the “Fucking Hell” in Hey Jude), little imperfections and a crackle where it shouldn’t be. But I would say this is what makes live music, lo-fi and single take recordings so special.

However, there is a fight back. Underground mumblings and protests from small groups of musicians are garnering more and more support. Two particular movements come to mind. Across the pond the folk punk scene is growing, bands are getting back to their garages and making wonderful lo-fi music that’s all about how they feel (tinged with the general distaste for all things you’d expect from punk). Bands like Andrew Jackson Jihad have gained cult followings and their lyrics and style stink of an apathy for current trends in music. Here in the UK there is a strong movement audaciously fighting back against what it perceives are the misdoings of folk in the UK. Aptly named “Anti-folk” this group of musicians is headed up with the irreverently named likes of Filthy Pedro and Kevin 2 Sheds. Filthy Pedro, one of the founding fathers of the scene has this to say of Anti-folk “It’s about using whatever you want to tell everyday stories, valuing humour over sorrow, storytelling over technique, and personality over polish.” This is a world dealing with emotion not precision and sends a strong message to us all about where folk should be.

I don’t want to seem as though my position is against evolution and change in music, but sometimes things can go too far. With this in mind I ask at what point do folk acts cease to be folk and evolve into pop? It doesn’t matter. What does matter is that I fear we can suck the soul out of the music that is special because it’s flawed. Folk shouldn’t be about the end product, but about the process itself.