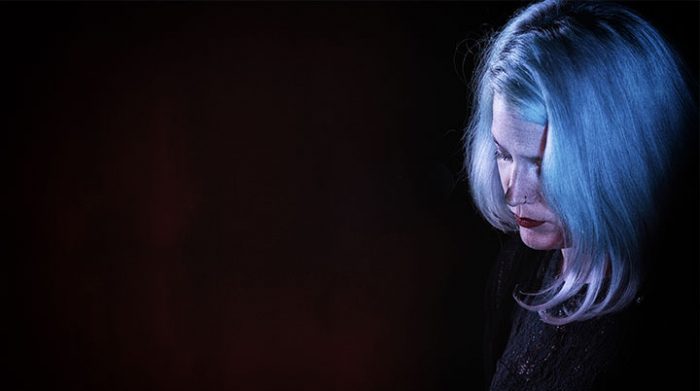 Raised under the tutelage of no less than Steve Knightly, Kirsty Merryn’s last album concerned women neglected by history all of whom had riveting achievement as a back story. ‘Our Bright Night,’ strips away much of that previous effort’s finery, centring on Merryn’s keyboard skills and support from the likes of Phil Beer and Sam Kelly, she delivers a moodier piece which still tells you much and retools traditional material for an equality minded age. What Kirsty M never does is to make folk material sound like folk material. ‘Night,’ is modern, a smooth production achieved by the artist and Alex Alex, mixed alongside Ben Walker. Versatility is never in doubt, there are hints of Kate Bush, Sandy Denny’s magnificent ‘Sandy,’ Maddy Prior’s epic ‘Woman In The Wings if you search deep enough, yet such comparisons are really just confetti as individualism is the name of the game.

The title is relevant as she takes us from the half -light of evening through a deep, dark midnight, back to the haze of a wide screen dawn. Along the way there are significant ideals and inspirations as well as realisation and powerful eccentricities, altered states. She’s not scared in any way, suggesting love can bloom in the most barren circumstances in ‘Mary,’ ghosts which beg former lovers to join them in the beyond ‘Shanklin Chine,’ and reset traditionals like ‘Banks Of The Sweet Primroses,’ whose heroine ends up in a powerful game of temptation. Her most biting composition though is ‘Thieves Of Whitehall,’ comment on the way the rich and powerful impact on the smallest life. Driven to write by physical locality and history her non conformity is to be welcomed and her voice a soothing alternate to the more mannered, earthy examples to be found amongst her contemporaries. Less really can be more, Kirsty Merryn is an articulate, astute performer.