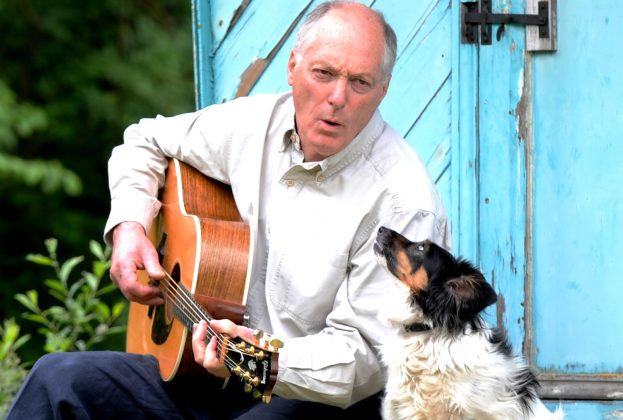 It’s almost over – the rows, the votes, the crises, the never-ending chatter about backstops and flextensions. Now a songwriter is marking Brexit in a gentler way – with a love song to our European friends.

‘We’ve been brexitted to death over the last three years,’ says Terence Blacker, whose song ‘Europa, Mein Amour‘ was released earlier this month  ‘I decided that it was time for a completely non-political, musical celebration of our 40-year affair with Europe.’

Performed with Italian and German musicians, the song lists the delights of life on the continent from vino to cappuccino, from siesta to the ‘bella dolce vita’, adding the sad lament, ‘This green and pleasant is all very well but sometimes it seems so grey.’

The idea for ‘Europa, Mein Amour‘ came to Terence Blacker while he was recording his forthcoming CD Playing For Time in a studio in southern Italy. ‘It was an astonishing experience, ‘ he says. ‘We were all talking different languages but working together. In fact, the differences in our backgrounds and nationalities were a positive thing. That’s the spirit that I wanted to capture in the song.’

A longer version of the song, including vocals in German and Italian, will be on the CD which is to be released in 2020. In the meantime, Blacker is hoping the song gets played on music and news programmes. ‘This is not about political differences. It’s marking the end of a relationship which, for all its ups and downs, has changed us. Whatever happens from now on, we’ll be different from the way we once were.’

Terence Blacker is a songwriter and author whose previous CDs have been widely praised ‘Witty, wistful, wonderful,’ Gyles Brandreth, ‘It put a big smile on my face’, Tom Robinson BBC 6 Music and who has performed in theatres and festivals in the UK and internationally. He is the author of five novels and his award winning children’s books have been published in countries around the world.