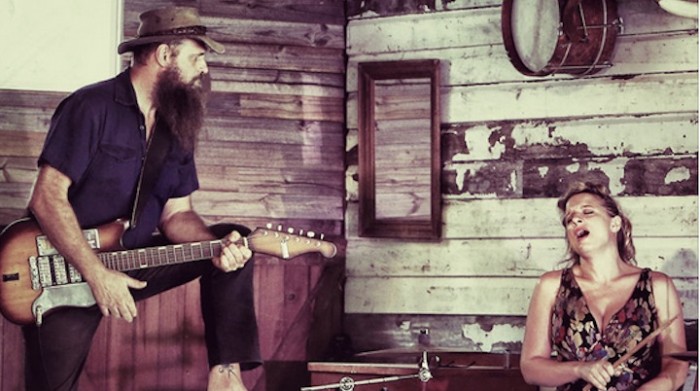 Spiral favourites Hat Fitz and Cara have announced their new single ‘Doing It Again’ to coincide with our current UK and European Tour. As always, it’s a belter and you can listen, stream and buy it on Bandcamp  here.

Cara says “Doing it Again’ was one of those ‘heat of the moments’ which we couples find ourselves in from time to time. Harsh words are fired back and forth traveling over old ground until someone tires and the other relents. So to make up he grabs the mandolin and decides to serenade me as I’m eloquently in mid huff. As I’m being serenaded the words and melody for doing it again came pouring out!

There is no 2nd guessing when the moment is captured and the fire is rekindled in such a momentous way that is from a place of love. You simply cannot deny. We wanted to keep the authenticity of the piece and so decided to accompany the piece later on our vintage Drouyn kit with original rawhide and 1920’s marching snare. This seemed to compliment the percussive contour of Fitzy’s playing on the Australian made Greg Beeton’s resonator mandolin. So that’s how it really happened.”

If you want to hear more of this fab stuff, you can catch them live in the UK at the following venues: