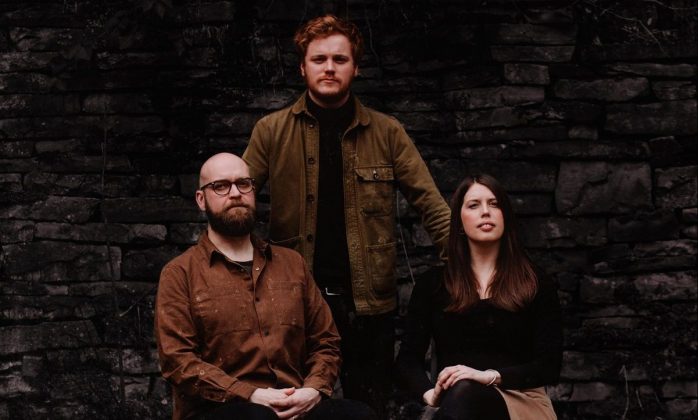 Internationally renowned singer-songwriters Findlay Napier, Bella Hardy and Greg Russell present an intimate evening of storytelling and song, inspired by stories from the archives, and those collected from Doncaster people through Doncaster 1914-18.

In the centenary year of the signing of the Treaty of Versailles, and the Peace celebrations that followed in Doncaster and across the country, this project remembers the stories of those who fought, those who refused to fight, and those left behind.

The first performance in May was a very special ‘Museums at Night’  show at Cusworth Hall in Doncaster,  where the work was presented with projections from visual art specialist Wayne Sables, bringing to life the personal stories and original objects which inspired the songs. This show will soon be followed in June with a short run of dates in Doncaster, Shrewsbury and London.

Wayne is also producing 2 short films documenting the process of the songs, from archive to performance. 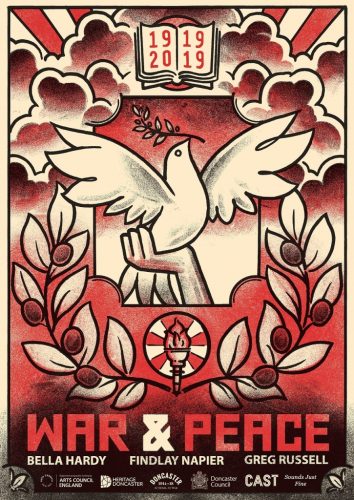 “Throughout the centenary, Doncaster people have been getting in touch with Doncaster 1914-18 to share hundreds of amazing family stories of love, loss, camaraderie and community spirit. Stories like that of the Wheatley soldier, Albert John Drury, whose life was saved by the cigarette tin in his top pocket, and who brought back his faithful dog, Armentiers Vic, all the way from the trenches of the Western Front to Doncaster. Also, of those of Doncaster conscientious objectors like Oswald Clark who refused to fight and were sent to prison as a result.  We’re really excited to see how Findlay, Bella and Greg bring these stories to life through song.”

Greg Russell, said of the project:  “I’m so looking forward to War & Peace. We’ve already had a fascinating day with three historians and many sources, archives and artefacts at Doncaster Museum learning about and gathering so many amazing stories from this fantastic area.  I can’t wait to turn these stories into songs and bring them to a wider audience.”

The project, supported by Arts Council England, is a partnership between Doncaster 1914-18, Sounds Just Fine, and Heritage Doncaster.

Performances are as follows:

BBC Radio 2 Folk Singer of the Year, Bella found her first home in folk music through a childhood love for ballad books. Her career has seen her become a regular on radio and television, notably singing solo at the Royal Albert Hall at the Proms. A history of collaboration, co-writing and recording has seen her work with artists from The Beautiful South’s David Rotheray to Eliza Carthy.

Possessed of an extraordinary voice that’s ‘full of character’ (The Telegraph), over the last 5 years Greg Russell has established himself as one of the most significant players on the U.K. folk scene. Playing guitar, bouzouki and singing, in 2013 he won the BBC Radio 2 Young Folk Award and in 2014 won the Horizon Award from the same source alongside Ciaran Algar.

Findlay Napier is one of the most highly-regarded performers and creative forces on the Scottish music scene – thoroughly active and a truly energised with a heart-warming zing. He made his name touring and recording with multi-award winning traditional Scottish folk band Back of the Moon.  In his more recent projects “Queen Anne’s Revenge” and “The Bar Room Mountaineers” his song-writing took centre stage and was described by The Sunday Herald as “Genuine songcraft and wit following in the Difford & Tilbrook tradition”