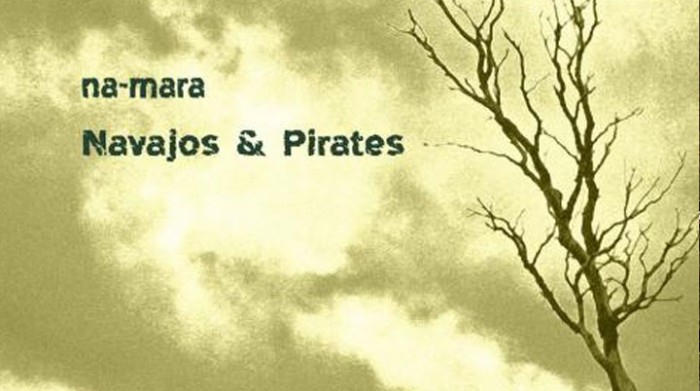 Note the absent capitals – somewhat confusing – ‘na-mara’ alias Paul McNamara and Rob Garcia, delve into the continent to source a good percentage of this, their third album, whether it be the adaptation of Spanish and French trad or as inspiration for their own writing.

Only to be expected when you scratch under the surface and a clue in the name Garcia, Rob’s family came here some time back, The Silver Duo traces the lives of Basque children evacuated in the 30s and sets the standard for intelligence in lyrics right across the CD. In fact they can get pretty heavy, the title track is about those who openly stood up to the bullying, underhand tactics of the Nazis, The Garden Of England is a timely tap on the shoulder to all those couch philosophers who espouse the view that slavery can never happen in this increasingly less green and les pleasant land. Wake up – if you don’t watch the news at least hear this track, it’s on the web site as a free listen. In fact there’s such a healthy slice of Navajos and Pirates you wonder whether they’ve been too generous!

The other delights found here are their lifts from European sources, mention of the mighty Gabriel Yacoub and his nigh perfect Malicorne are always welcome round here and the various strings of McNarmara and Garcia don’t disappoint especially on their lift of the aforementioned bands J’ai Vu Le Loup when slipped alongside a Breton dance set. Elsewhere they prove their melodic chops aren’t just an occasional skill by rounding on tradition themselves and dashing off a couple of continental hops. Played on mandola, mandolin and guitar theirs enough variety here to give na- mara – still no capitals – distinction and individualism of approach. Decent packaging and notes behind each of the tracks fill out an honest offering.