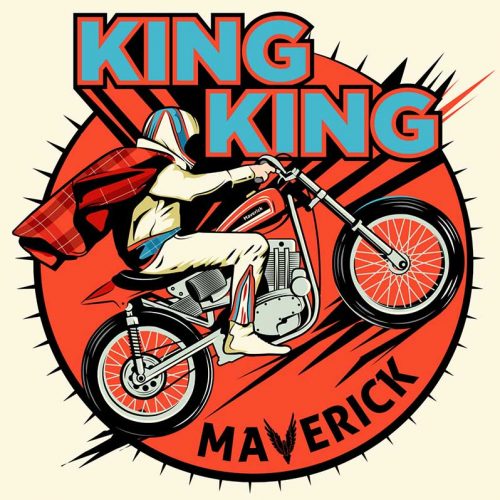 King King are the perfect band for those over 50’s yearning for their days of yore when Bad Company ruled the airwaves and rock bands took their cue from the original blues boom. This, their fifth album is an important record for the band. They’ve had the critical plaudits, the arena support slots and their last album grazed the Top 30, now it’s time for one last push to take them into the big league.

A new line-up led by founder Alan Nimmo who is undoubtedly the fulcrum of the band takes them through familiar territory as the opening cut ‘Never Give In’ demonstrates. But rather than transporting us back to classic Bad Co this is more ‘Company Of Strangers’ rather than ‘Running With The Pack’, a re-tread of past glories that misses the spirit and energy of the originals.

In fact listening to the album as a whole there is a distinct lack of edginess that pervades. Whether it’s the material or new musicians I’m not sure but the rough, gritty delivery that characterised the band previously seems to be missing. Where the album shines is when Nimmo’s personality comes through via two really outstanding ballads. ‘By Your Side’ is a melancholic piano based tune that builds into a soul bearing torch song that suddenly switches gears with a blistering guitar that is almost spiritual. Likewise, ‘When the Winter Comes’ is a stately reflection on growing older that at times reminded me of his fellow Glaswegian John Martyn.

All in all this is an album that feels measured rather than passionate and certainly doesn’t reflect their energetic live performances. The playing here is impeccable but perhaps next time around a few more rough edges may add a little potency to the mix.