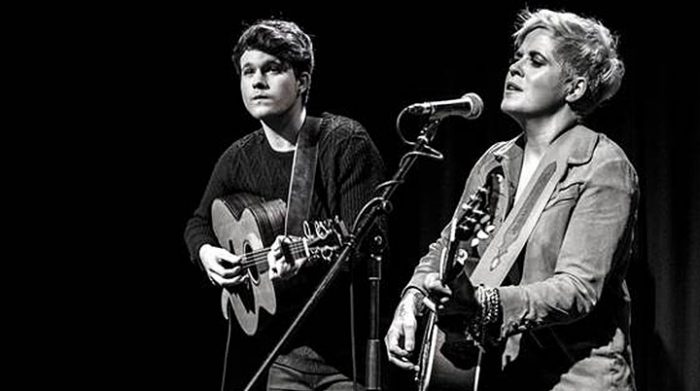 Acclaimed young singer songwriter Luke Jackson is to join forces for the third time with Cardiff’s Amy Wadge this month for what promises to be a dazzling double header UK tour.

Between January 20-February 10, Luke will tour England and Wales with Amy, known for her winning songwriting collaboration with “Britain’s hottest pop star” Ed Sheeran. She and Sheeran, having reached No 1 in the official UK chart with Thinking out Loud which went platinum, won the coveted Song of the Year at the 2016 Grammys. The global smash hit was the first song to celebrate a whole year in the Top 40.

The songwriting pair also penned When Christmas Comes Around – the X Factor winner’s debut single – which made a bid to be the Christmas No 1 for newly crowned Matt Terry, but was pipped at the post.

Jackson, a widely acclaimed 22 year-old singer songwriter, has recently played dates in Scotland, Belgium, Germany and The Netherlands while in 2015 there was no doubting his versatility when he supported one of Britain’s most successful rock bands, Marillion, on a UK and European tour.

Variously likened to Richard Thompson, Jeff Buckley, Martin Simpson – and even Kent’s answer to Rufus Wainwright – he has rapidly made a name for himself on the acoustic roots scene with an outstanding voice, songwriting skills and stage presence that completely belie his years. Constantly touring, he will be heading to America’s Folk Alliance in Kansas in February.