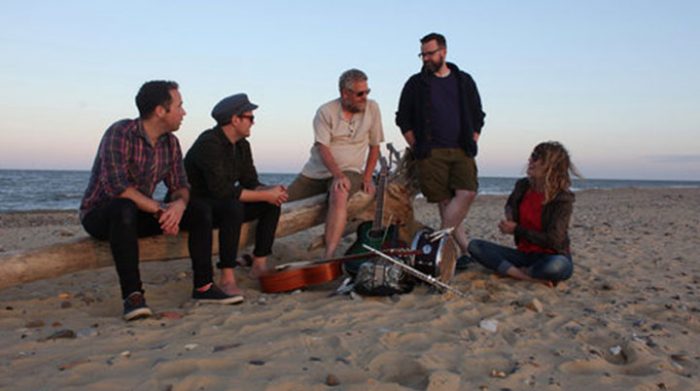 Not what you might expect for a debut album, note I didn’t say recording, the Rowan Tree put out an EP a couple of years ago which signalled a talented bunch of Cornish driven musicians intent on putting some soul and depth back into the music of their own back yard. Here though they’ve gone for a full blown concept album which documents and celebrates the miners who left a shrinking Cornish tin industry and travelled half way across the globe to work in the Kolar gold fields of southern India. Whilst all the background work was going on contacts, research, context, song writing they added a drummer and plugged in. Talk about making things complicated! To add more to their workload a couple of the hoy footed it to India, saw what remains of the Kolar mines and began to collaborate with musicians from the region. All this might have got too much if Cornish Heritage hadn’t stepped in with funding, explaining why half the money raised from the CD goes to Cornish sources and the other half helps fund schools in the Kolar region for underprivileged children.

That’s just about all you need to know background wise, the musical results are splendid, the album’s a real triumph. Both sides of the project get equal measure as far as input is concerned, there are over 60 musicians involved from tabla players, to massed choirs, brass bands, regular folk and rock hardware, it’s a miracle things didn’t spiral but they didn’t , Rowan Tree kept it all in short order, mixing Cornish lyric, melodies and trad with Indian inspired chants, chorals and instrumental flourishes. The album starts and finishes in Cornwall having taken its journey in the footsteps of those who actually did the physical labour and like most of them came home again. It’s important that ‘Treasure,’ celebrates not only the history but the legacy and all the contacts and stories the band unearthed across continents in one hectic year. ‘Kolar’s Gold,’ doesn’t need genres or labels hanging round it, when all’s said and done it is a remarkable recording and deserve to be heard. Roots yes, but so much more, if only other bands were as daring with what they find on the door step.