What comes first when writing your own songs, the words or the melody?

Nearly always its a tune that comes first, tune, riff, passage of chords, any of these will be present before the words begin. I usually write late at night with no-one around, I’ll get my guitar or go sit at the piano and just play around for a bit, if anything drops out of my brain then I will start to work on it. The words always come a couple of days later, at first its just gobbledy-gook I sing, just sounds and syllables and then the actual words will come. I make sure no-one can hear me at that point cos they’ll thing I’ve made up my own language! It’s a very strange process though, because when I look back, I can’t actually remember writing the songs, it’s as if they’ve always been there. Most odd!

You seem to have a knack for writing songs that are a solid continuation of traditional themes, styles and structures. Is that a conscious thing or part of your musical DNA? This seems to feed back into your arrangements for the trad material…

Trad music is my first love so that will always show and be present in everything I do. The story telling at the very core of folk music is the thing most important, anything around the narrative has to make sure it doesn’t draw the listeners ear away from the story or you lose peoples attention and therefore the song will have less of an emotional impact on the listener. So that’s what I always keep in mind when arranging songs. I always have a good idea what the song will look like even before we begin recording, and I say ‘look’ because I see a song in colours, like painting kind of thing, it’s quite hard to explain, but it’s like layers of colour, it’s bit like a mood board I suppose.

Has working with Damien as a producer affected that process as it seems a very fruitful creative partnership?

Working with Damien has been a fantastic experience, it’s been great to experiment with different sounds and effects. It was great to have that at the very start of the album, we set up an amp and Damien got out his millions of pedals and we sat and worked out the songs with delays etc from the very beginning, in the past for me these would have been added later. So in that sense it altered the way we arranged the songs.  I was defiant that I wanted more percussion on this album, but not a drum kit, I wanted the percussion to be generated electronically, so it was percussive sounds rather than someone playing along. Josh Clark was the perfect man for the job, I adore the outcome.

You have widened the sonic parameters for this album, is it enjoyable to keep pushing the envelope of what constitutes the Rusby sound?

Oh yes, I have always been of the opinion that less is more where the arrangements are concerned, to make sure the songs can breathe, but on this album we widened the area the song could sit in, with effects at the very top end and sub-moog things going on at the other end, so even though there is more going on in the tracks the songs have a wider space in which to thrive. It’s been so lovely playing around with things like that.

Are the songs worked out completely before going into the studio or do they continue to grow once the band is together?

They are worked out to a certain degree, and like I said, I have a picture of how they are going to pan out. That said, they do always evolve somewhat in the studio, especially when the other musicians come in. They too have ideas that alter the path a little so its always quite organic like that. I am always open minded too, so I love trying something out, sometimes it works and sometimes not so we go back to what we had, it’s good to be open to ideas though.

Can you tell us a bit about your studio?

Yes! It’s out in the sticks on the side of a hill, so peaceful and the view from the big window in the live space is just amazing, most studios are in basements and painted black, ours has an open pitched roof, and lots of light, and colour, but the window is the best thing as you can see for miles, it makes it a lovely space to be creative. It’s an old barn, the farmhouse is where we have our Pure Records offices, and the barn was converted into the studio by my dad and Uncle. In fact it was during the recording of Sleepless, they would be in through the day working on the studio, and we would go in at night and record around the tools and things. As soon as we had made any money we invested it in studio gear, it’s such a luxury for a musician to have their own studio, I am a very lucky girl!!

And what was it like working with these musicians?

Totally incredible. They are all such talented people, and not only that but they are all so lovely, and not an ego in sight which is brilliant, I am too old to put up with that nonsense these days, I’ve had my turn with grumpy people!!. But truly, I am so happy and lucky to have them around me, really enjoying it.

After all these albums does it get harder to choose a set list for each tour?

No it gets to be more and more fun!! It’s great to go back to songs we haven’t played in a few years and do new arrangements with this bunch of fab lads, we always have a laugh in rehearsals working out new cheeky bits for the songs, there are so many albums now so lots to choose from!!

Go on, tell us more about your appearance in the Stella Xmas Special?!

Ooh I can’t, I am sworn to secrecy!! What an absolute ball we had though, the cast and crew are like a proper family with so much respect for each other, and Ruth Jones is just the best!! I have known Ruth since we were both involved with a film a good few years ago, called Heartlands, and we have kept in touch since. She has used some of my music in episodes of Stella over the years, which is so lovely of her, and for this Christmas special she wanted me to go down to the filming in Cardiff and actually be in it!!! Oh my word, I was sooooo excited as we are huge fans in our family. But like I say they were all so kind and welcomed us in. It was so strange leaving when our time was up cos we stepped back out into the real world and it wasn’t Christmas, it was October!! I was utterly convinced that it was christmas, just amazing. Thanks for having us lovely people!!

And most importantly, where now for Big Brave Bill?

We have a family motto of “Onwards and upwards” which seems fitting for Bill too really doesn’t it! I am writing new verses for him to have new adventures so I think it’s something that will evolve and grow. We have had such a great response to the song and the animation, I think people just appreciate the daftness of it and let their inner child enjoy the silliness. When we sing it at gigs, the whole audience join in and sing at the top of their voices, even the people who have sat refusing to sing all night, Bill is the medicine they need to let go!! Loving it!!

Check out our review of Life in a Paper Boat 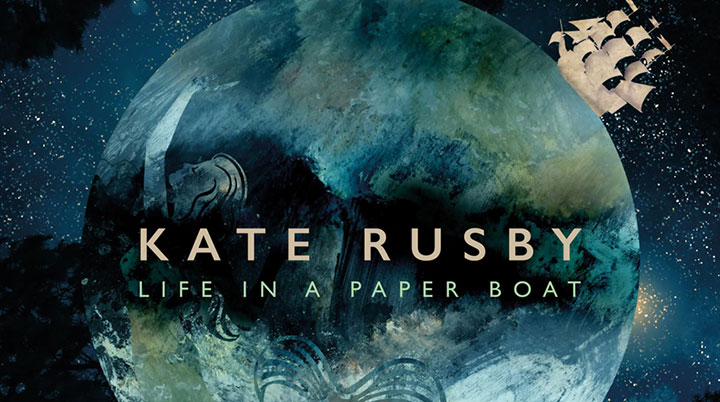