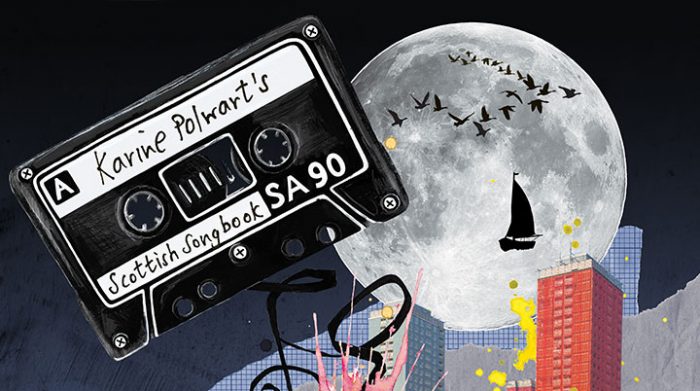 Long gone are those days when new folk music releases were largely dominated by arrangements of traditional songs. Since Dylan arrived as a singer songwriter inspired by folk but willing to take music in different directions, there has been a flood of new songs written that lend themselves to an acoustic folk style. The inspiration for these songs coming from all sorts of sources depending on the individual artists who wrote them. 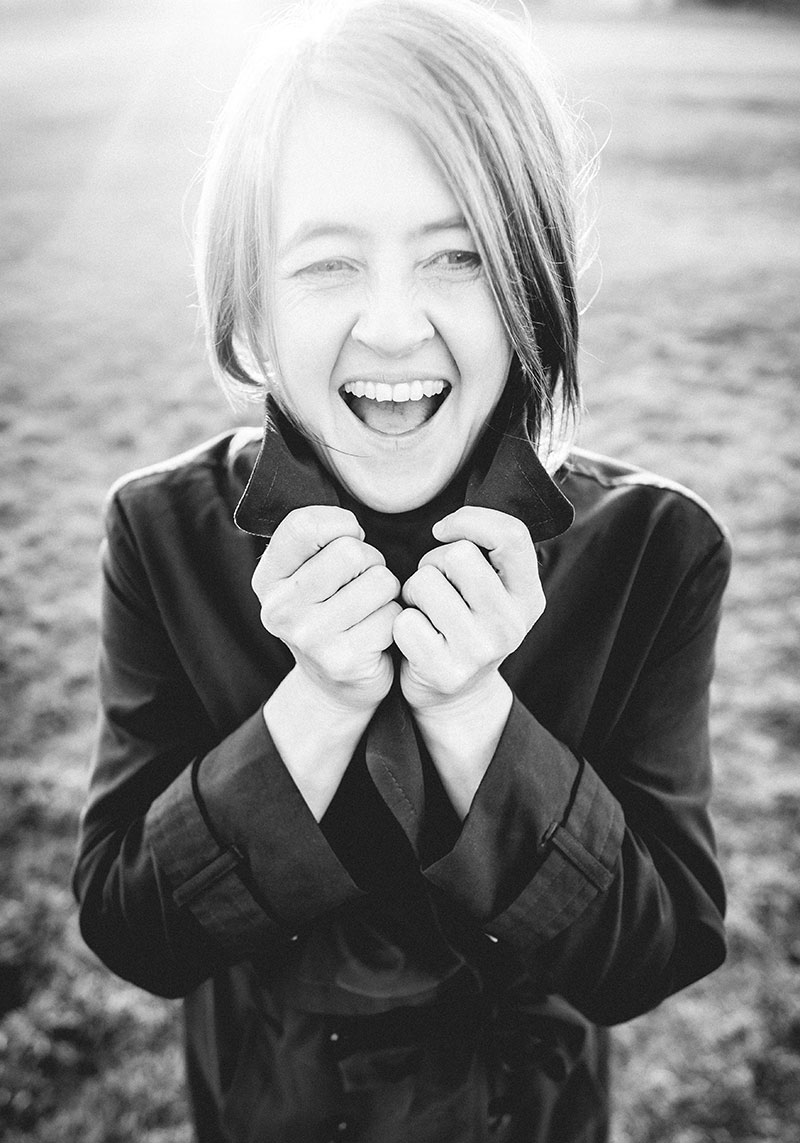 Karine Polwart’s recent writing has drawn from her own personal Scottish experience as much as traditional song and has resulted in not only the songs themselves but various other artistic projects. This new record, ‘Karine Polwart’s Scottish Songbook’, takes a completely different direction in highlighting her own, more contemporary influences. There’s not a Robert Burns’ song in sight as she draws on material that covers the forty year period from 1973 to 2013.

From the earlier part of that period, there are John Martyn’s ‘Don’t Want To Know’ and ‘Whatever’s Written In Your Heart’ from Gerry Rafferty which lend themselves to simple accompaniment. Importantly for these songs, like many of the tracks, the key point is that they carry strong messages in their lyrics and you can understand why these would become anyone’s personal favourites.

More recent songs have been given arrangements that work around the multi-instrumental approach that you’ll recognise from Polwart’s other work with her close knit circle of musicians. Those in the studio for this recording included brother Steven, Inge Thomson and Louis Abbott amongst others. They’ve added harmonium, marimba, synth and glockenspiel amongst the more usual acoustic instrumentation. Particular favourites include their treatment of ‘Swim Until You Can’t See Land’ by Frightened Rabbit, Deacon Blue’s ‘Dignity’ and ‘Chance’, originally by Big Country.

Though few will know all the original versions of these songs, the record opens with probably the best known as they go to work on ‘The Whole of The Moon’ by The Waterboys. Another song with a strong message, ‘Women of The World’, closes the record and comes from the, perhaps, unlikely songwriting source of Ivor Cutler. Its message beseeching women to take charge comes across with particular poignancy as, like the original, it’s led by a male vocalist though, this time, it’s Louis Abbott with a chorus behind him.

As you’ll see, this is an eclectic mix of songs that is personal to Karine Polwart and may bemuse some listeners expecting something closer to traditional folk. However, the truth is that Karine Polwart has been pushing at the envelope of folk songwriting for some time and this just helps her break out even further.