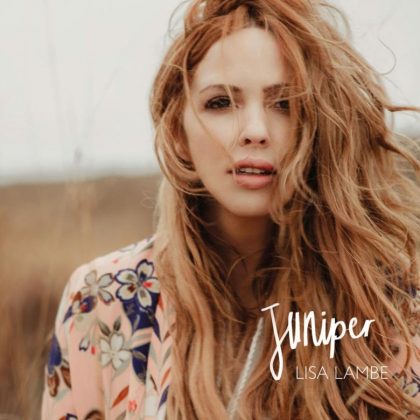 There is much about Lisa Lambe’s second album that’s windswept; from the cover shot of a blown, tossed and fragile face to the breezes and atmospheres which imbue the music itself. In many ways ‘ Juniper,’  uses Irish roots in the rurality and ambience which emerges from the speakers across twelve tracks of intimate character.

That Lambe lets others label her music if they so wish is smart, tired clichés like Americana do little justice to her efforts, which are considerable. Crafted and created on Ireland’s rugged west coast, in what you might call a retreat, she wrote songs as the fancy and influences took her.

‘Hunter’s Moon,’ is the poppiest thing, yet even here place is important, her vocal,  more Navan than  Nashville. ‘Someone Like You,’ could have sat comfortably on ‘Hejira,’ by Miss J.Mitchell, ever shifting melodies and textures.  ‘Tiny Devotions,’ is sparse, the focus on her voice capturing what drives the album, the seduction she uses to draw in her listener and entice them to focus on the prayer like lyric.    “ Wake Up, shake out,” she encourages, then hums “ In these days I give you tiny devotions.” Even the title track is dedicated to a gnarled tree, a key feature of the landscape in the Connemara isolation where recording took place.

Much is made in the accompanying blurb about Lisa Lambe’s potential and how despite the focus being orientated towards home, the results could raise her profile considerably. Given the results it’s hard to disagree. An alluring thing.