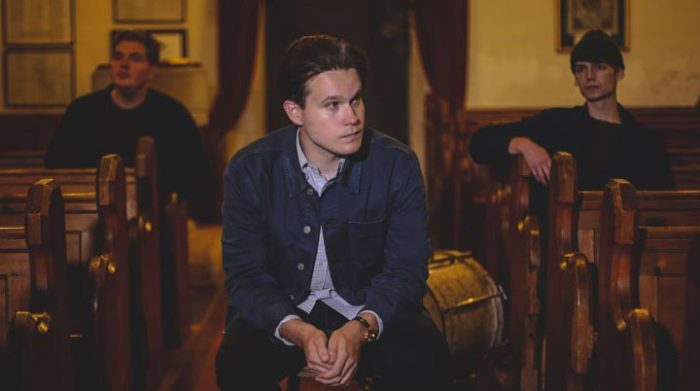 Luke Jackson’s got a sharp eye and a computer memory. The title holds significance, Journals is the recorded equivalent of cinema verite wherein melody and lyric form pictures in your mind as Jackson’s world view unfolds. We live in uncertain times at any level you care to mention, what’s revealed here is just how deep and difficult the holes we dig for ourselves are. Sadly there seems no chance of us putting the spade down and filling the holes in anytime soon. Journals isn’t an immediate listen either, instead it takes time to settle in your conscience hoping to stir you to some sort of action be that turning off the TV when programmes become shallow or pandering to the lowest point to hoping a better tomorrow will come with kindness, understanding and a sense of community.

The album’s a chronicle, reportage if you will which while referencing folk song in subject matter moves well beyond it in musical terms. The most rootsy writing comes with ‘Eliza Holt,’ relates the story of how a local psychiatric hospital was levelled to become a luxury housing cul-de- sac and all this despite the fact they bulldozed through the hospital graveyard! ‘A Queen In Her Own Way,’ is about the love of grandparents and how they often do as much for a child as the actual parent, a steadying presence in a hectic world. Most telling is ‘Baby Boomers,’ in which LJ definitely channels his ‘inner Billy Bragg,’ listing the problems faced by a younger generation trying to better themselves, “ now if you want an education then take out a loan and spend half your life paying it back,” yet more damning is the line, “ these days just feel like waste.” How many graduates do you know working on the till or shovelling burgers?

Framed in a classic guitar/bass/drums trio, plaudits to Andy Sharps on bass and Elliott Norris on drums, mixing by Dan Lucas, this album begs the question why Jackson hasn’t been recognised more readily by the roots community as an astute musician and artist of potential? A noteworthy release by someone who’s going places and this is his platform.