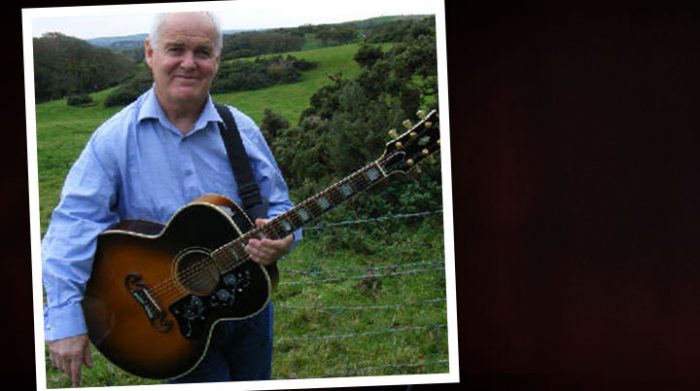 It’s 2008 and the clock’s ticking, Jonathan Kelly has been on stage for well over three and a half hours and he shows no sign of stopping. In the end just shy of four hours, with midnight close at hand he finally waves his acoustic guitar to acknowledge a full house still with an appetite for more. Eric the organiser breathes a sigh of relief but has a smile of satisfaction on his face. “I knew he’d provide a good night when I booked him but that was phenomenal ,” he relates. It was and remains the longest running set at the ever popular Up In Arms club, parts of that evening are on YouTube. At the time Jonathan Kelly was playing a few select acoustic gigs to satisfy an itch both of his own and of his fans who wanted to hear his music played live once more. It proved his penultimate concert. 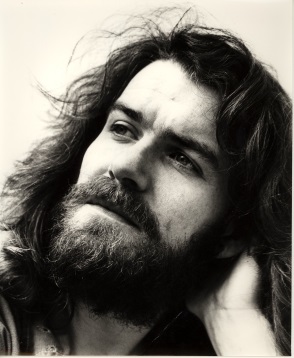 A simple post on his website from his agent/manager confirmed his passing early this month, Kelly, had latterly suffered the demons and darkness of dementia so hadn’t played for years. Born in Drogheda, County Louth as a young musician he played the late 60s through first as a member of The Boomerangs, one single on Pye and then solo under his real name Jon Ledingham, which lead to more singles and a change of labels to Parlophone, masterminded by this then manager ex Bee Gee Colin Petersen, as well as adopting the monicker of Jonathan Kelly for his debut album which has since become a cult release: featuring as it did sessioners from the Rolling Stones, Plastic Ono Band and The Move.

A spell in the rather oddly named Humpy Bong, appearance on Top Of the Pops notwithstanding, made him realise that he was better off as his own man and yet another label hop took him to RCA. It was here in the early 70s he solidified his reputation and cut his finest work in the form of 1972’s ‘Twice Around The Houses,’ a collection of songs which reflected not only what was going on around him but also his Irish heritage in carefully crafted folksy numbers like ‘Madeline,’ ‘Sligo Fair ’ and the mystical ‘Ballad Of Cursed Anna.’ Backing by a crew from Fairport and Steeleye seemed to find his niche, the record got rave reviews and launched him into a flurry of activity, supporting Strawbs, Greenslade amongst others, winning over festival audiences at Reading and most notably Cambridge. By 1974 he’d got his own band Outside, which featured on his final RCA albums including future Thin Lizzy and Pink Floyd guitarist Snowy White and a Blockheads bound Chas Jankel. Whilst they were solid singer songwriter efforts neither matched the material on ‘Twice Around,’ and by 1976 he’d cooled on the music business enough to pack it in entirely retreating to Wales and raise a family. 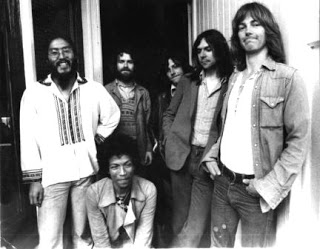 However you can’t keep a good troubadour down and thirty years later he was back after being pestered by an ever increasing net based fan presence. Conceding that it’d be cathartic to play again thereby letting his old crowd hear the songs once more and give newer devotees a live introduction, in 2005 he’d played and issued as an album ‘ Live 2005 – The Charity Concert,’ on his own JK imprint showing he’d lost none of his former chops. A short series of dates followed across the next few years. In truth Jonathan Kelly was never a fully paid up folk singer, he was a writer who wrote songs by turn, sensitive, melodic and funky. ‘Twice Around The Houses,’ is his masterpiece, he retained fans notably Phil Beer and I dare guess more will become apparent with his passing. Jonathan Kelly deserves to be remembered fondly his finest compositions leave a distinct impression on all who listen with an open mind.