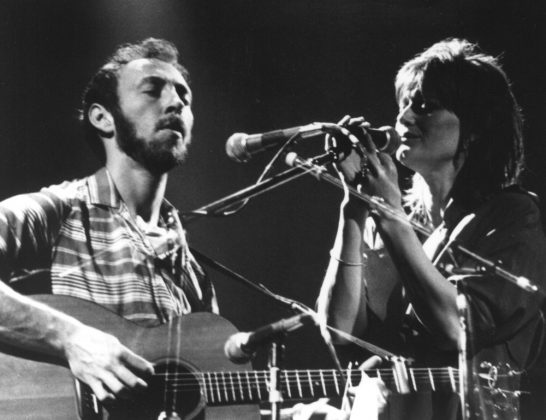 Hands up…who’s not had a box set issued recently?

Titled ‘ Hard Luck Stories (1972-1982) ’ the box comes crammed with eight CDs which reissue all their official releases, cherry pick rare tracks studio and live as well as issuing a rare concert from their ‘religious’ period circa 1977. Overseen by the estimable Andrew Batt, who has pedigree, earlier works of his have included Fairport and Sandy Denny archive releases, so you know this is going to be quality. There are 30 previously unreleased numbers and some of the bonus tracks are so hard to find, a needle in a haystack looks an easy location in comparison. As ever with these boxes a book, this time 72 pages long includes rare photos and essays by biographer Patrick Humphries. What makes this release a little unusual is the fact that both Thompsons were fully involved from the off. Released on 11th September on Universal/Island, price predictions have it hovering around the £75 mark.