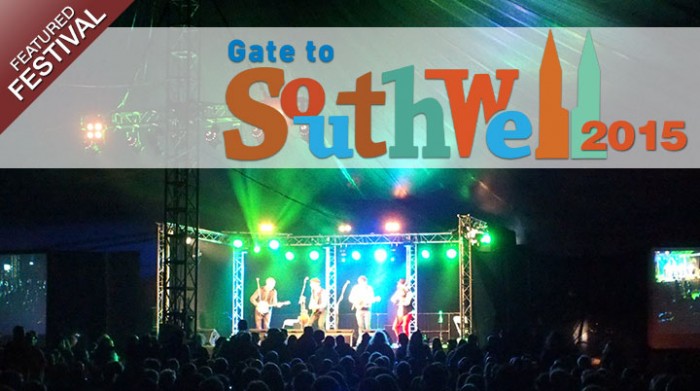 From its humble beginnings in 2007 as primarily an English folk music and dance festival, Southwell has evolved into one of the leading and most innovative folk events in the country. Whilst English and Celtic music remain at the core we have now expanded to embrace other roots music forms. Southwell has built a reputation for seeking out exciting new talent and providing something a little different. Quality remains the watchword so whether it’s country or gypsy jazz, ska or rockabilly, bluegrass or punk, traditional or contemporary, it’ll be good.

Dance displays remain a popular part of the festival with the emphasis on variety and entertainment. Ceilidhs or other social  folk dances take place each day with a late night silent folk disco introduced in 2014.

Southwell is a family friendly and fun festival with plenty of entertainment for the kids and youths alike.  Many children’s activities are aimed to be educative as well as fun with our own instrument workshops, and various other hands on opportunities. Family entertainment always includes a liberal dose of Street Theatre  and ‘walkabouts’ as well as storytellers and musicians. 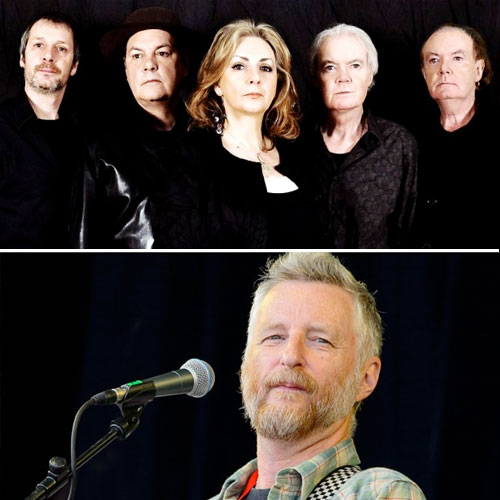 Solo onstage for ninety minutes with only guitars and a not-very-rock & roll mug of medical tea (“for people who think they can sing”), this is the start of Billy Bragg’s 2015 troubadour trek to help the nation shake off those post-election blues. The old harsh punk rock voice may have become warmer and more country mellow over the years, he may have put on a few pounds and, by his own admission, his seriously trendy folky beard is designed to hide “a multitude of chins”, but at heart Billy Bragg remains a unique figure in British contemporary music.

He’s still a provocatively, political songwriter but to his credit his left-wing stances are no longer dictated by dogma, ideology or party loyalty.  Like all true protest singers, minstrels and troubadours, he explores and mines an independent seam of agitation.

There’s typical bravery too, launching into ‘Whose Side Are You On?’ and ‘Power In The Union’ here in the heart of the Nottinghamshire coalfields, where rifts between striking and non-striking miners caused so much acrimony over 30 years ago under Thatcherism.

With Bragg, the personal is as powerful as the political in everything he sings.  This is clear from his tributes to the Appalachian folk singer Jean Ritchie, who died earlier this week, to his late father on ‘Tank Park Salute’ and also to Woody Guthrie, who inspired him to create the ‘Mermaid Avenue’ sessions with the American band Wilco.

Above and beyond this reverential work, there’s great humour in his own songs such as ‘Handyman Blues’, urging modern man to cast off his chains, reclaim his masculinity and dignity and refuse to bow to female pressures to attempt DIY:  “I know it looks like I’m just reading the paper, But these ideas I’ll turn to gold dust later, Cause I’m a writer not a decorator”.

Such is the wealth and depth of Bragg’s back catalogue , that he doesn’t even get round to performing classics such as ‘Between The Wars’  (“I’ll leave that to the Young’Uns!”), ‘Waiting For The Great Leap Forwards’ or even ‘Levi Stubbs’ Tears’ but, nevertheless, the packed marquee happily crows along on the choruses of ‘A New England’ and ‘Greetings To The New Brunette’, celebrating a great opening night to the Gate To Southwell Festival.

Fresh from collecting their Best Folk Group 2015 award, The Young’Uns arrive with a spring in their steps and lashings of comedic confidence.   Earlier in the day they’d performed in Southwell’s magnificent Minster and also visited a local Church of England school.  Branding it posh, they revealed that one pupil had asked them “what’s your favourite cheese?”  They contrasted this with a recent question from a kid in a Northern school: “which one of you three is the hardest?”

In truth, Sean Cooney, David Eagle and Michael Hughes don’t look as if, collectively, they could knock the skin off a rice pudding.  But all three do possess some of the finest voices and harmonies on the current roots and acoustic scene, combined with a rare talent for original songwriting and distinctive interpretation.  Their extremely funny, yet very moving set drifted from the tragic beauty of ‘The Streets Of Lahore’ and the political comedy of ‘Lovely Cup Of Tea’  through to covers of Billy Bragg’s ‘Between The Wars’ and “our favourite folk song from Manchester” James’ ‘Sit Down’.  Self-deprecating, relaxed and incredibly talented, The Young’Uns’ will prove to be a shining highlight of this and any festival.

In a lifetime of music that has seen them develop from rural Donegal to conquer the Celtic, traditional, folk and roots music world, Clannad have sold over 15 milion records and collected Grammys, BAFTAs, Ivor Novellos and Billboard awards along the way.  Now forty-five years from their inception, this Southwell set was an atmospheric movement through their greatest hits including ‘Harry’s Game’, ‘I Will Find You’ (from the Last of the Mohicans), ‘Closer To Your Heart’ and ‘Newgrange’.  Along the way they warmed local hearts with a beautifully-nostalgic medley from their soundtrack for the TV series ‘Robin The Hooded Man’, and they also demonstrated their extraordinary musical talents on several almost Prog Folk instrumentals.

It was great to see and hear the family chemistry at work on ‘Vellum’ and ‘Rhapsody na gCrann’ from their 2013 comeback collection ‘Nadur’; the traditional Irish harmonies of Moya Brennan and her brothers Ciaran and Pol were an intoxicating contrast to the Teesider sounds of the Young’Uns.  At the heart of it all, Moya’s ethereal voice and her green-fingered harp-playing set them apart and confirmed their Celtic legend status.

A warm night revealing the richness and depth of the traditional roots and acoustic music scene in 2015.

If variety is the spice of festival life then there was no better place to be than Southwell in Nottinghamshire. In brilliant sunshine, on a new site near the racecourse, the Gate To Southwell event built on the successes of Thursday and Friday to deliver a truly eclectic international mix of acoustic and roots music, plus great family entertainment and some of the most ferocious folk dancing in town by sides such as the Anstey Morrismen, the Witchmen and Nottingham’s own Whip The Cat and Mortimers.

Following the traditional Saturday procession, and taster pub performances by acts including Granny’s Attic, The Rusty Suns and Said The Maiden, the centre of attention became the festival site.  Given the high quality and great entertainment value of the diverse artists on display across four different stages, it was tough deciding which to focus on.

There were even magical moments for children, with the irreverent puppetry of Pickled Image, the masterful juggling hilarity of Dan the Hat, as well as popular distractions from water zorbing, trampolining and climbing through to creative musical and craft workshops.   And let’s not forget the top quality folk dance-off by local primary schools on Sunday and the fancy dress parade led by sci-folk band Maia.

On the main stage on Saturday night, there was an atmospheric splendour about the performances of Chris Wood and Andy Cutting followed by group of the moment, Galway’s We Banjo 3.   Wood – who also performed brilliantly solo on Sunday afternoon – is a genius on fiddle and guitar and one of the finest songwriters of modern times; he combined with Cutting’s magic melodeon to create a mesmerizing and affecting blend of traditional English and French folk music.  In contrast, the two sets of brothers who make up We Banjo 3 (yes, there’s four of ‘em!) worked wonders mixing traditional Irish sounds with cutting edge banjo-powered bluegrass Americana.   Believe me, live they’re as excellent as their acclaimed ‘Gather The Good’ CD suggested.

As if this wasn’t enough there was a double-bill of comedic anarchy and global frenzy on the second stage.  CoCo And The Butterfields combined banjos, fiddles and double bass with mad Scandinavian horns and an overactive beatboxer.  Onstage they looked like refugees from a weird variety of different genre bands, but together they summoned up a whirlwind of influences.  Great energetic performers, their recent single ‘Warriors’ had echoes of Adam Ant and House Of Pain’s ‘Jump Around’ gets a mad folk rap makeover here.

Hot on their heels came BOC, an eight-piece band from Mallorca – playing outside Spain for the first time – who must have swallowed the entire musical history of Europe and Northern Africa.  Eastern European gypsy dance rhythms might be at the very heart of what they do, but there’s metal, ska, klezmer, Spanish folk and a whole host of other exotic ingredients in their very strange but irresistible soup.  It’s no wonder Southwell has such a growing reputation for spotting emerging talent, having given The Young’Uns their first festival break six years ago, confident that music fans who flock to the festival are always appreciative of original talent.

Elsewhere, more low key but equally intriguing, there were plenty of bright young stars on display, such as Leicester’s The Skunk Boy Project with his ukulele and thoughtful, funny, even spiritual lyrics on songs such as ‘Fourth On My List Of Evil Dictators’, and also Harry Skully from Leeds University who won the Open Mic competition singing traditional songs in the style of a young MacColl.

One of the greatest strengths of this year’s festival was the sheer quality of American bands performing at Southwell and in the UK for the first time.   Following the Appalachian sounds of the Hot Seats from Virginia, came the beautiful, intimate and melancholic songs of Mark Rogers and Mary Byrne from Brooklyn. Add to this the entertaining Americana rock of San Francisco’s Blind Willies and we were already being spoilt for choice.  But then came The Railsplitters, a two guys two gals roots band with a country twang from Colorado featuring great names like Lauren Stovall on guitar and Dusty Rider on banjo.  Together they delivered a brilliant set of past and present classic bluegrass; among them, ‘My World’ was one of the sweetest country tracks of recent years.

Yet all these performances were matched by homegrown UK talents such as highly-entertaining Celtic folk rockers Manran, featuring extra fine fiddle, accordion, flute, and Highland pipes, the stylish Tweed Project – a youthfully brilliant blend of Greg Russell & Ciaran Algar with the Mischa Mcpherson Trio – and last but not least the remarkable Conservatoire Folk Ensemble from Birmingham, led by Joe Broughton of the Urban Folk Quartet.  Given the responsibility of delivering an upbeat energetic finale to the festival late on Sunday night, the Conservatoire featured around 50 of the brightest young folk musicians in the country.  As a result, the main stage was absolutely rammed with a global fusion of roots musics, and bouncing with such boundless energy and fresh talent that the big marquee crowd was overwhelmed with musical enthusiasm and appreciation.