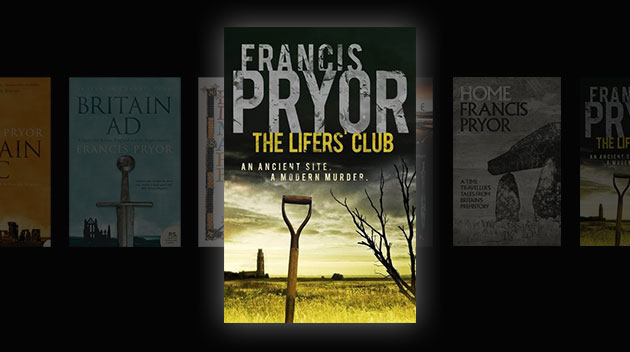 We talk to Francis Pryor about his career as an archaeologist and his latest foray into writing fiction. His debut novel ‘The Lifers Club’ was published in 2014 and the follow up ‘ The Way, The Truth and The Dead’ is due for publication soon via the Unbound crowd funding platform.

Francis Pryor is an English archaeologist specialising in the study of the Bronze and Iron Ages in Britain. He is best known for his discovery and excavation of Flag Fen, a Bronze Age archaeological site near Peterborough, as well as for his frequent appearances on the Channel 4 television series Time Team.

Find out more about the new book at www.unbound.co.uk/books/the-way-the-truth-and-the-dead.

The first Alan Cadbury novel ‘The Lifers Club’ is available at Amazon.co.uk