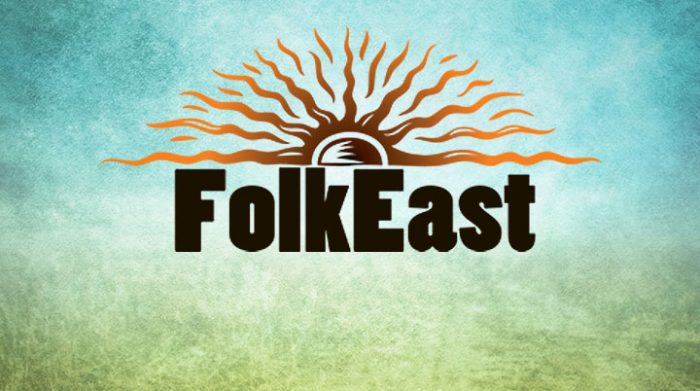 FolkEast, one of the most distinctive festivals to be found on the summer calendar, has announced 17 more main stages acts for the event which will be held for the seventh year running in the glorious grounds of Suffolk’s 16th century Glemham Hall.

The new names range from some of UK folk’s national treasures to some of the most exciting new kids on the block; numerous BBC Radio 2 Folk Awards winners and notable overseas acts from Canada and Poland.

Blair Dunlop, one of the most exciting and gifted young singer songwriters on the scene will make his first appearance at FolkEast.

Blair won the Horizon award for Best Emerging Act at the 2013 BBC Radio 2 Folk Awards and now has four acclaimed albums to his name, the latest being last year’s release Notes from an Island.

The already strong female presence at the festival will also include Daphne’s Flight, featuring five of the most highly regarded vocalists, instrumentalists and songwriters in the Brit folk-roots scene – Christine Collister, Melanie Harrold, Julie Matthews, Helen Watson and Chris While.

Another all-female line-up will come from Canada. The Good Lovelies are a feted folk/country harmony trio of Caroline Brooks, Kerri Ough and Sue Passmore who won a Juno Award for their 2010 self-titled album and whose latest 2018 album Shapeshifters has seen them merge more into mainstream.

The diverse performers on no less than seven stages will also include Sheffield-based husband and wife duos Nancy Kerr & James Fagan and Richard & Jess Arrowsmith who will also merge their talents in the acclaimed Melrose Quartet. Nancy and James are twice winners of ‘Best Duo’ at the BBC Radio 2 Folk Awards whilst Nancy was named Folk Singer of the Year at the 2015 Awards.

A special event on Sunday will see four of the North-East’s giants of folk music championing the musical and industrial heritage of their stamping ground.

A show that digs deep into the heart of Britain’s coalmining tradition, it has been described as “an epic journey through the life and times of people who made a living in Northumberland and Durham’s coalfields.” Illustrated by atmospheric archive photography, it mixes storytelling and song, humour and pathos, triumph and tragedy.

Also confirmed for the main stages are State of the Union, an act combining the mercurial talents of Boo Hewerdine with acclaimed American blues guitarist Brooks Williams, showing influences from Willie Nelson to Johnny Cash.

From Poland comes the fine lungs of acapella group Brasy while eclectic five-piece indie folk band Patch and the Giant have also been announced.

Grant Baynham ,former presenter of TV’s ’That’s Life’ will bring his witty and topical songs to the festival while “superior fingerstyle guitar master” Adrian Nation hops across to Suffolk from his Essex base.

A new discovery with a stand-out voice is young singer songwriter Kathryn Priddy whose debut album Wolf made waves last year while Cohen Braithwaite-Kilcoyne, nominated for the 2018 Horizon Award at the BBC Radio 2 Folk Awards will showcase his melodeon and concertina skills when he appears alongside guitarist George Sansome and fiddle and mandolin player Lewis Wood in the feisty young trio Granny’s Attic.

The main stages have been programmed for the first time by Michael Hughes from The Young’uns who are festival patrons. With the newly announced names joining those revealed earlier this year and headliners Karine Polwart, Cara Dillon and Richard Thompson the 2019 FolkEast festival, organised by John and Becky Marshall-Potter, has all the promise of being the best yet.

With its ever present mythical emblem The Jackalope, it offers a refreshingly different line-up across its seven stages (including the ‘Sanctuary’ stage at St Andrew’s Church, the open air Sunset Stage and the hidden woodland solar-powered Soapbox Stage), with two authentic ‘village’ pubs serving competitively-priced ales (including Suffolk-based Green Jack Brewery’s festival ale Green Jackalope) plus possibly the smallest pub in the UK, the 6 x 4’ Halfway Inn.

Advance weekend tickets are available price £120 (adult), £108 (full time students, 65+) and £80 for Youth tickets (12-17 year old) which must be purchased with an adult ticket. Family weekend tickets for two adults and two 12-17 year olds are £365. A great offer sees free admission for children aged 11 and under; camping under canvas is £20 and camping on wheels £30. More information: info@folkeast.co.uk

Located close to the A12, the festival will also be running shuttle buses to the site from Wickham Market station.

State of the Union: https://www.youtube.com/watch?v=Q4yPvA86vHo