FolkEast, the UK’s most easterly folk festival, is to welcome audiences to Suffolk for a live event this month after all. 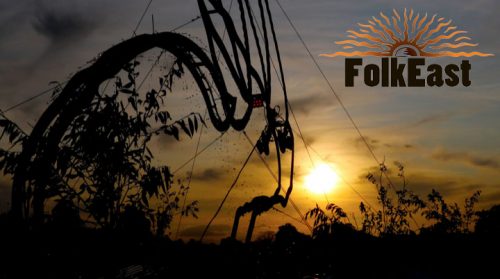 In April, in common with most other 2020 folk festivals, husband and wife directors John and Becky Marshall-Potter reluctantly decided to postpone their hugely popular event until August 20-22, 2021, following the COVID -19 outbreak.

But, not to be defeated and never short of ideas, they were determined to organise something that would bring the flavour of FolkEast to the county on the original weekend of this year’s festival.

Buoyed by over 300 supporters donating nearly £33,000 to a crowdfunder to ensure the future of the festival, Becky said: “Over the months of lockdown, inspirational virtual events have brought people together online and although looking at a screen can never be the same as physically going to a venue or sitting in a field with other festivalgoers they have proved really popular.

“People have been stuck behind closed doors for so long and musicians unable to play for months. We wanted to bring artists and audience back together and give everyone a boost – a festival fix.”

To that end, organisers are delighted to announce Virtually FolkEast – a live streamed event – available through FolkEast’s website and Facebook site on Saturday, August 22, running 3pm-9pm.

But here’s the difference – the surprise highlight will be Virtually FolkEast-Live – an open-air afternoon and early evening concert from a meadow at FolkEast HQ (close to the Glemham Hall festival site) – a four-hour ‘real time’ mini festival in front of a live audience of up to 200 people.

FolkEast has been granted a licence to go ahead with the concert which will give people a chance to buy a socially distanced picnic pitch to accommodate up to 6 people and see a great line-up of artists. 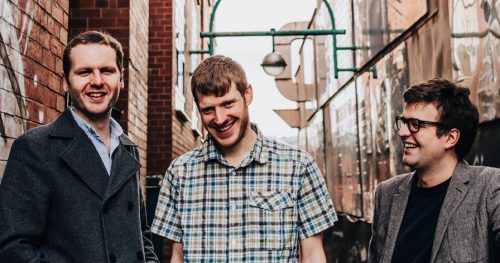 Among those contributing a song to the day from afar will be the legendary Peter Knight (from his home in France), Mary-Anne Kennedy from Scotland and Daoiri Farrell from Ireland. John Spiers will also be hosting ‘Gardeners’ Cornered’ – FolkEast’s answer to Radio 4’s ‘Gardeners’ Question Time’- answering postbag horticultural queries.

The same live line-up will also be performing next day at a ‘Sunday Picnic’ event at the same location– this won’t be streamed but will enable even more families and friends to get their festival fix.

Says Becky: “We are grateful to East Suffolk Council for granting us a licence to stage these two live concerts and looking forward to it hugely. We’d like to say a huge thank you to all the artists and crew who have agreed to take part. This is new territory for everyone but we will ensure all correct measures will be taken to make the event COVID secure.”

Audience members can bring chairs to the event along with their picnics. The six-person pitches, price £120, can be bought online at http://folkeast.co.uk/virtually-folkeast/. Online viewers over the weekend will also be able to donate to the “Secure FolkEast in 2021 and beyond” campaign.

BBC Radio Suffolk will also be supporting the event with a three-hour FolkEast special on the evening of Friday, August 22, presented by Jon Wright – a bundle of favourite tracks, interviews and highlights from past FolkEast festivals.

In just seven years FolkEast –an independent, family-run event held in the glorious Suffolk grounds of Glemham Hall – has built a distinct character and become one of the best-loved festivals on the UK circuit.

The festival has confirmed that the majority of this year’s exceptional scheduled line-up will be on board in 2021 including The Young’uns, Afro Celt Sound System, Catrin Finch & Seckou Keita, the trio Drever, McCusker, Woomble, Gigspanner Big Band, The Shee, The Trails of Cato and Elephant Sessions.