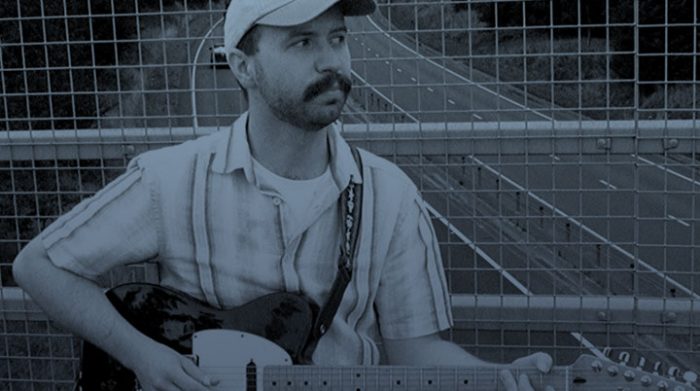 This is the sixth album by Shrewsbury based singer songwriter Vin Whyte but is the first released under the First Mate identity. Taking the one man band, one stop shop concept to the limit the album was, written mixed and produced by Vin himself.

The songs themselves are founded on stories mostly by real life but with a distinctly cranky and odd side to them. Musical influences are distinctly old style country and western, stripped back to a raw minimal sound. Very much in the busker tradition the musical format allows for performance on the street with vocal and electric guitar accompaniment via portable amplifier. I would not be surprised to hear the cover versions on a market square somewhere soon. The electric loops and riffs underpinning the vocal create an almost hypnotic effect. The repetition of the sound and the lyric drives the narrative of each song in turn into the consciousness.

Highlights include ‘Bad Hand’ about the cards we are dealt in life. Its mood swings from dark to light coming out roughly even in the end. Minimalist in construction the tune consists of a guitar riff, a simple beat, some bass and the vocal. ‘Meet Me in Dwygyfylchi’ written about a murder has a dark mysterious and spine-chilling vibe. ‘Seer, Are You There?’ my personal favourite track has the same metronomic riff and feel as the rest of the album its unusual lyric about misplaced faith in gurus or shaman seems very relevant to the everyday.

Described on his facebook page as melancholic pop, I agree it is but in a good way I enjoyed this album a lot get yourself a listen.