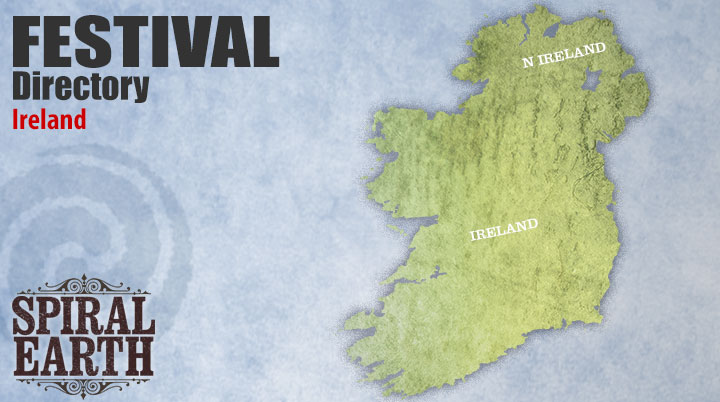 The Spiral Earth, in association with fROOTS magazine, directory of folk, roots, blues and world music festivals in Northern Ireland and  Éire.