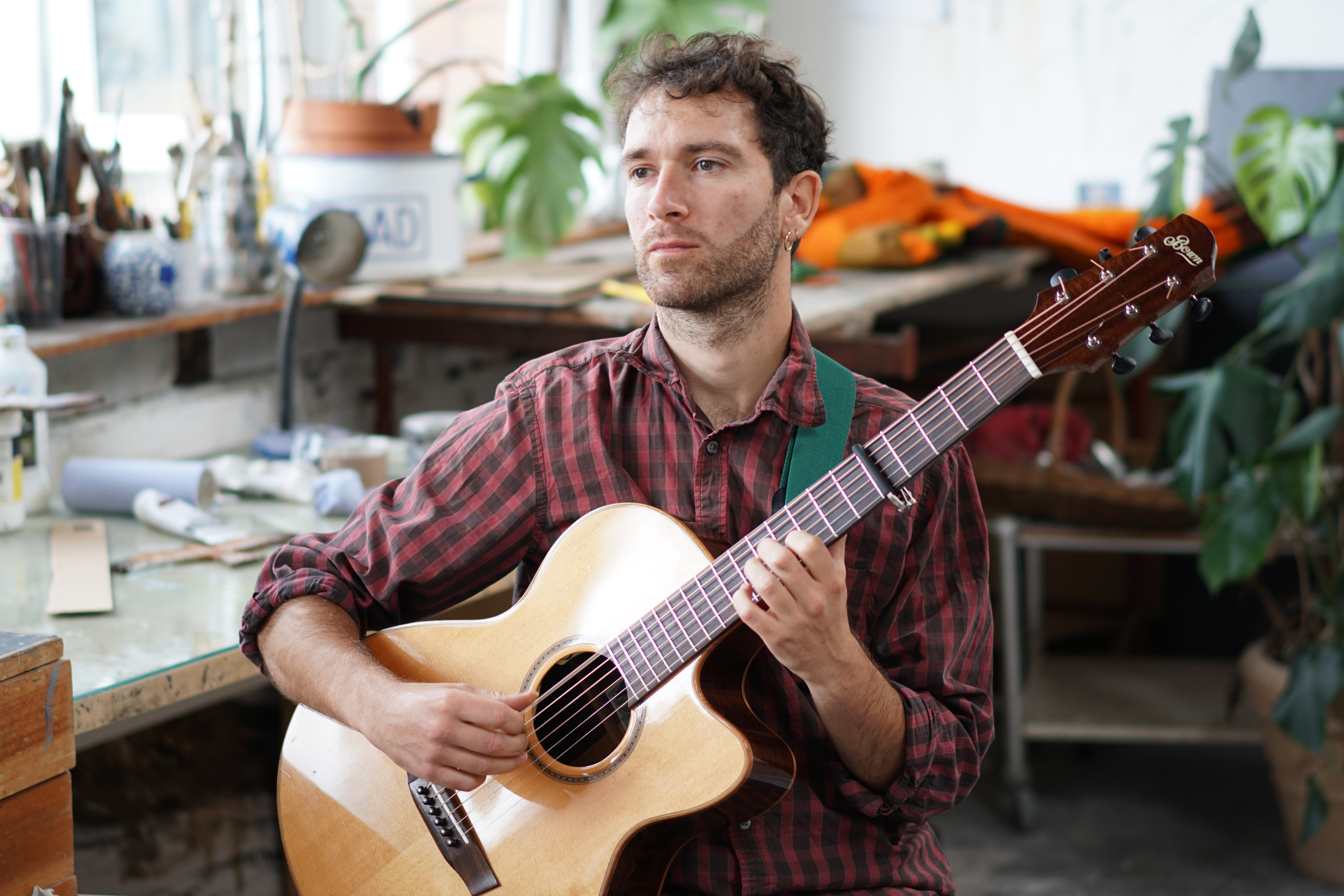 Ewan McLennan has, in a short space of time, come to be known as a guitarist at the forefront of his generation; a troubadour, balladeer and storyteller cut in the old style; a singer that can move audiences with his passion and pathos; and a songwriter for whom social justice is still a burning issue.

By the time he began playing the folk and acoustic music clubs around Britain in 2010 he’d already been playing music for years – guitar and piano and all kinds of styles but with a strong interest in folk songs.He was asked to be part of the acclaimed Transatlantic Sessions  in 2013, which saw him performing and recording alongside some of the world’s  finest folk musicians.

Having also learnt from and worked with both Martin Simpson and Dick Gaughan  it’s evident he has absorbed and inherited a great deal from the older generation of ‘folk greats’ before carving his own path. The songs he sings and writes are rooted in traditional songs and the tradition of folk music as social commentary.

He has collaborated more recently with renowned author and journalist George Monbiot, seeking to use music and word to open up the issue of loneliness and community. http://www.ewanmclennan.co.uk/btsol/

‘Breaking the Spell of Loneliness is a powerful, poignant set’

Whether singing self-penned works that speak to our modern times, centuries-old traditional ballads or drinking songs, his intimate and moving performances are renowned for their ability to weave narratives that span centuries and continents.

Still not convinced ? .. Ewan is about to embark on a run of live solo dates starting 20th October in Sheffield, he will perform some of the favourites from his previous albums, and also feature tracks from his forthcoming record – with songs that touch on issues from Windrush to the loss of our natural world, as well as traditional shanties, lullabies and ballads.