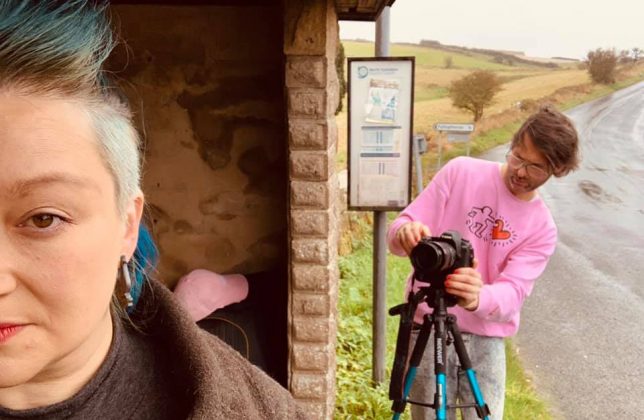 Eliza Carthy MBE should by now need no introduction. A multi-award winning singer, songwriter and musician from a formidable English music dynasty.

Describing herself simply as a “modern English musician”, Eliza Carthy herself is one of the most recognisable faces of the English folk revival. Her first “solo” album of traditional music in 14 years, Restitute is literally a homely affair, recorded as it was at Eliza’s home in the picturesque Robin Hood’s Bay, North Yorkshire.

In addition to the Restitute material, the band will perform songs from brand new recordings of original songs by Eliza Carthy & Ben Seal – taken from their forthcoming album Northern Glowerhouse presents Through that Sound my Secret was Made Known

‘One of the things about being a working single mother and part-time carer is that sometimes more time is taken making dinner, washing pants and touring than writing music. My dear friend Ben Seal saw this, and insisted that he come to my house and force me to pour out my Lenor-tinted soul. In turn he delighted in producing and creating a palette of sounds i was not to mess with. Give up some control. As it turned out that was a lovely feeling.

So the rekkid happened; some new things we wrote together, with my words and his music. Some old things I wrote in dark times that hadn’t had the space to come out yet. His patience never ceases (except for when he thinks i should get up, but it was my house so I gave him boundaries), and neither does my amazement. At some point the Arabian Nights came into things, a trilogy in fact that still has a part yet to come and i’m certain we will get to soon’.