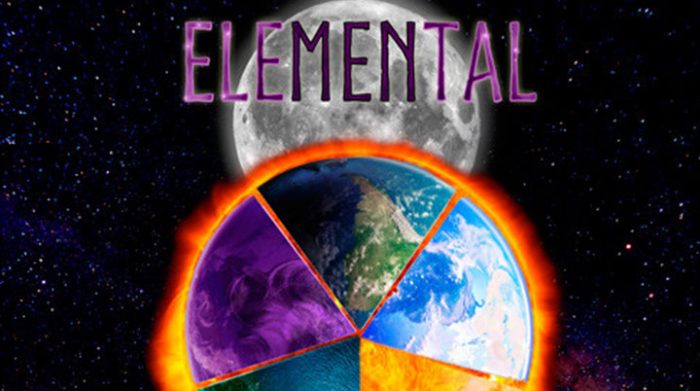 Can’t help it… I don’t want to…  honestly. Every time I play ‘Elemental,’ I keep hearing, subliminally of course, Spriguns, Curved Air and Renaissance. Elaine Samuels and her rotating collective admit they’re progressive, folk rock and I’d say there’s far more of the former obvious here than the latter. Okay, they’ve got a fiddle and that provides jiggish moments to counterpoint the flute and saxophone, all laid against a rock backline and guitar which conjures an easy, rhythmic bed straight out of the 70s. This seems a tad unfair on Elaine Samuels who is a graceful/powerful singer by turn, writes in a direct, no nonsense style and it’s good to hear tracks with an honesty and frankness.

She doesn’t pull punches, even the song titles, ‘Don’t Have More Than Two,’ which isn’t advice on drink driving matters but a personal attitude to a seemingly out of control increase in global population. Amongst her other concerns include the likely; sea faring, how we’re messing up the planet, considering those around us. The unlikely; Vikings, daemons and alchemists. ‘Understand,’ however is a hymn to life, ‘ Don’t try to understand/Just go with the flow…’ she advises. You pays your money and your critical faculties takes their choice. Oh and there’s a song by Anthony Newley from a1964 musical which closes here but neatly sums up what ‘Elemental,’ is all about in an optimistic lyric. With members steeped through folk, blues, rock and classical backgrounds this is music that’s elegantly, enthusiastically played, full of melody and clout. Should come with a label ; quality assured.