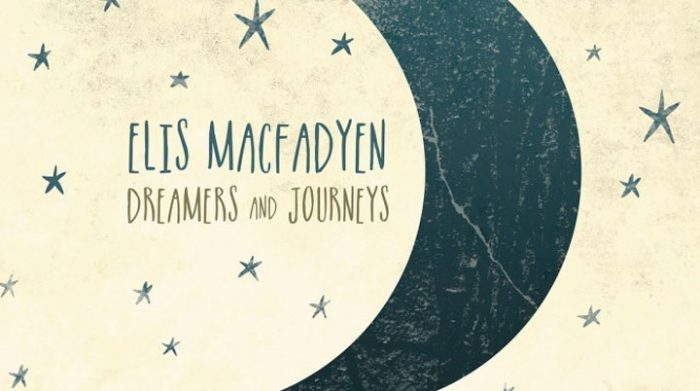 A well-known name in his native Inverness area in Scotland – Elis MacFadyen on his second album writes a collection of songs that etch themselves on the memory with ease.  He has produced an earthy sounding singer songwriter album with strong traditional roots. Song wise it’s a collection based in contemplations on life with some exhortations to live well and not get caught up in the gravy train of progress and pleasure too much. ‘Roving Journeyman,’ not to be confused with the traditional ballad of the same name depicts a character entrenched in music and song distilling life lessons. Likewise the anti-war sentiments of ‘Man in the Sky’’ make their point with eloquence and simplicity. Vocally he reminds of a young Rab Noakes and the sound is somewhere within an early 70s singer songwriter vibe and an ethnic ballad style.  His vocals are warm-hearted and blend with the predominantly acoustic backings with Rachel Campbell’s fiddle contributions standing out.

Segments of traditional songs added to song introductions make for a roots connection. This brings the most surprising and personal moments on the record.  Digging deep within his family history His father Innes Mac Fadyen who was his musical inspiration and mentor introduces and proceeds to sing Robert Burns ‘ Kirconel Lea’ itself based on the traditional ballad ‘Helen of Kirkonel’ recorded on a reel to reel tape in 1955-this inclusion adding a generational rites of passage and torch carrying of the music and song tradition within the genes, It doesn’t end here as Innes also penned the lyrics to ‘Dreams of Lochaber’ a tale of homesickness and separation. The words were put to a Gaelic waltz time rhythm and the result again reaches out to cross generations harmoniously. If something could be described as contemporaneous in its widest sense this is it as it easily transcends time and musical genres with some alarming results.

A pleasingly reassuring collection reminding that the singer songwriter idiom is still alive and thriving.