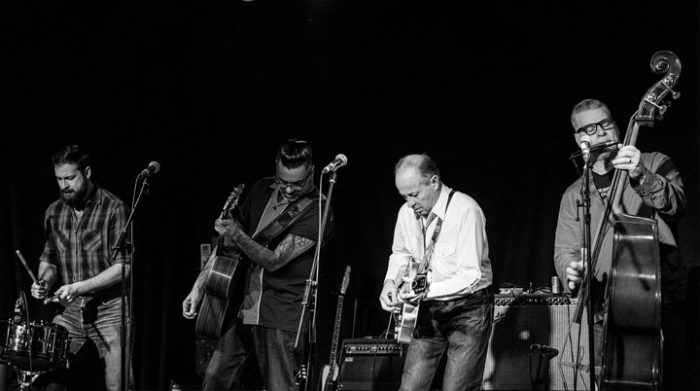 The Dodge Brothers recent album Drive Train is a seriously great slice of blues drenched rock and roll, check out our review here. We recently interviewed the band; Mike Hammond (guitars, lead vocals, banjo); Aly Hirji (guitars, mandolin, vocals); Mark Kermode (bass, harmonica, vocals), and Alex Hammond (washboard, snare drum, percussion). They confirm that the always think ‘in terms of transportation and various forms of homicide, loss and redemption’, which, outside of the context of listening to the album, admittedly sounds weird. But they’re not, they’re great. So here is the low-down on Drive Train:

How long did the album take to write?

Mike: We’ve been working on bits of things since the Sun Set but we really didn’t bring them all together until about five months before the recording date.

Mark: There’s a song on there that I actually wrote before we recorded the first album. It’s a waltzy ballady thing about someone drunk at a bar, imagining himself as a superhero.  I had a silly gag in the chorus about the fact that every time he gets off the stool, the world spins round, so he’s saving the world by staying at the bar.  But  I couldn’t finish it. In the end, I just lost faith in it and rewrote it as a rockabilly song, which opened the first album. Then all these years later I went back and finished the waltzy version. So now there’s two different songs, a decade or so apart, with the same hook.

It hangs together really well as an album, did the songs fit naturally together in the order they appear?

Mike: Thanks Iain, I’m glad you think so. We always think in terms of transportation and various forms of homicide, loss and redemption so our boundaries are pretty clear. This time we thought through the windshield of an automobile looking out at the landscapes that rush by.

Mark: The only thing I insisted on was that When I’m Gone was the very last track. It’s got organs, bagpipes, choral vocals, and even the sound of canon-fire on there. I thought it’d be a bit hard to have anything follow all that nonsense.

Aly: The track order just seemed to make sense and was the first option we tried.

How did you approach the recording of this compared to the Sun Set?

Mike: In some ways this was more conventional. We laid down the basic tracks and then added things. Aly handled the production and mixing duties and made sure it stayed true to our live sound while enhancing the cinematic qualities of the songs. We have more background vocals on this one, which I like a lot.

Aly: Because The Dodge Brothers are a live band it’s always been the case that the core instruments (electric, double bass, drums & acoustic) sound best when recorded together. This time we took the rough mixes home with us and were more relaxed about what happened next. If one of us had an idea we just went with it. 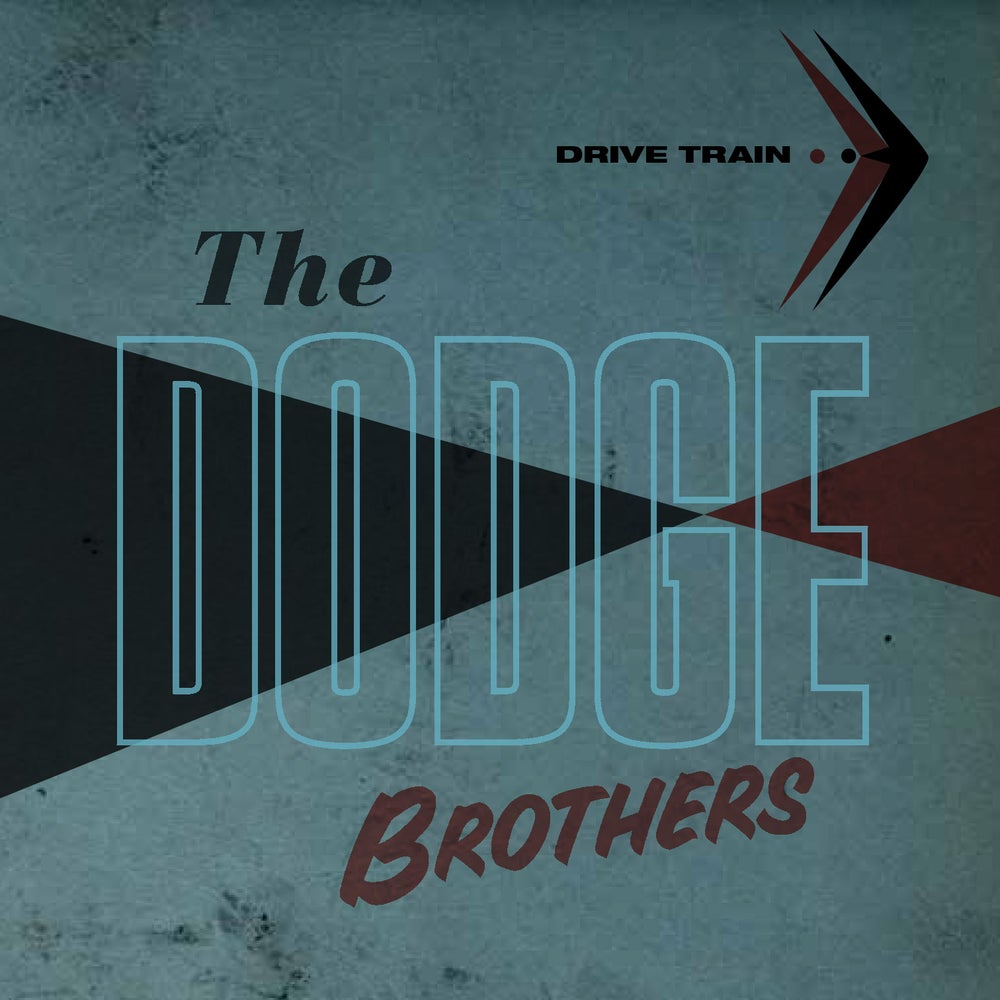 That was such an intimate sounding album because you were all squeezed into a small space at Sun Studio – Did you get a bit more elbow room this time?!

Mike: Oddly the studio we recorded in was not much bigger than Sun and we did the basic tracks all together. I had intended to use my guitar as a guide and then overdub it but in the end we didn’t do much of that. Most of what you hear was all done at the same time.

Aly: Unlike at Sun Studio we did add to the core instruments but we don’t ever want to ‘overcook’ the songs – the key thing in our minds in that we play the songs not the instruments.

Mark: I’d just like to add that, while I agree with Aly for most of the album, When I’m Gone is the very definition of ‘overcooked’.

Alex: The recording experience for a drummer is an isolated one. In Sun, I was pushed to the back of the room (almost into the kitchen); this time I had my own booth with four doors between myself and the rest of the band.

Do you experiment in the studio, or go in with a pretty definite idea of how it should sound?

Mike: Well we have in-built in our set up the instrumentation. I think with this album we were trying to create visual images such as landscapes so we worked toward that. I think we tried to push our boundaries somewhat to achieve that, but we didn’t rely on too many tricks.

Aly: Me & Mike swapped guitars (electric & acoustic) on a few songs which has given things a slightly different feel. I did have a pretty good idea of how the finished songs were going to sound as I wanted to make the most of not having the limitations we had for The Sun Set.

Mark: I ‘experimented’ with the bagpipes, again. It was horrible! But then Henry Priestman stepped in with a barrage of organs, and that kind of counterbalanced the horror of the bagpipes.

And how collaborative are the arrangements?

Mike: They are totally collaborative. I felt the songs were strong in themselves and they dictated the arrangements. The lovely thing about playing with these guys is that we are all on the same page. We’ve been together a long time and most of the contributions are instinctive. Oh California is a good example. Aly and I worked the guitar arrangements out and then played it for Mark and Al on the day of recording, they just dropped in nicely. They are playing so well together there and they laid down a seamless rhythm that was a dream work with.

Mark: On Saving the World, Aly did a solo on this little toy guitar that sounds terrific. I said I wanted it to sound like someone sweeping up in a Mexican cantina. He wrote and recorded a version of it which sounded great, but not ‘drunk’ enough. So I said, can you just slow it down and lose half of  the notes. Which he did, and it was exactly right for the song.

Which is each member’s of the band favourite tracks – on the album and to play live?

Mike: I like all of the tracks, I know that’s a bit of a hedge but its true. If I had to pick one I guess I would say Middle of Nowhere, but others immediately spring to mind. When I get to Blaze I am always pleasantly surprised. It’s a song I wrote that we play to a 1916 silent Western Hell’s Hinges. Neil Brand’s piano riff on it makes me smile. I can’t get enough of it, it’s a visual feast.

Aly: I do love all the songs, but I particularly like playing these live: Oh California, Head Out West, Middle of Nowhere & Sugar.

Alex: I like them all but I’d say Drive, Middle of Nowhere and Sugar are my faves to play live.

Mark: I like Waiting for Angels – which I’m not on! But then again, neither are Al or Aly.

How many of the songs have been taken into the live set?

Mike: Live songs present themselves and we just try them out. Those that are really working well are Oh California, Middle of Nowhere, Drive,  Head Out West, Drunk On You. Actually Step Away From the Car has been getting a great response. They seem to fit right in next to our old reliables like ATF Blues and Can’t Walk Like a Man.

Check it out for yourself – Dodge Brothers Live Dates: