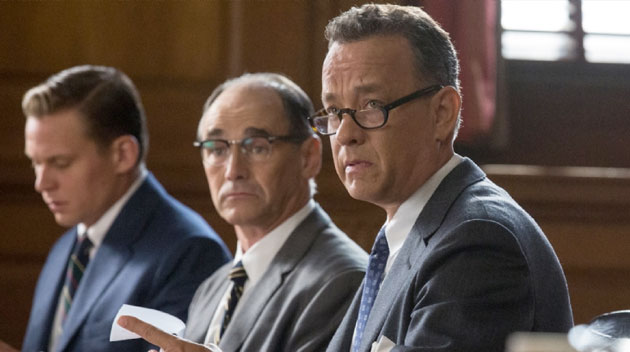 It is generally a given that John Williams scores Spielberg’s films, due to a minor health issue (now corrected apparently) Williams won’t be scoring his new film ‘Bridge of Spies’. Instead the composer will be Thomas Newman, who also happens to be scoring the new Bond film ‘Spectre’.

Bridge of Spies is a cold war thriller starring Tom Hanks as lawyer James Donovan, tasked with negotiating the release of U2 spy plane pilot Gary Powers after the airman was shot down over Russia. The title of the film comes from the nickname for the Glienicke Bridge which connected East and West Germany, the site for many exchanges of political prisoners.

The picture has been filmed in Berlin and New York, Bridge Of Spies is out in the UK on October 9.