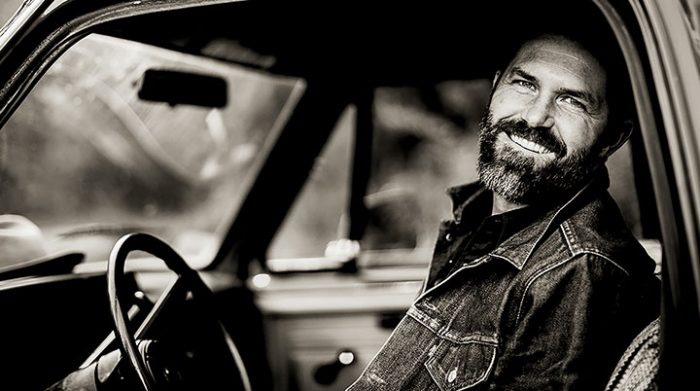 There’s a point of view that says the world of music is all about the song. With this in mind, we should cherish our singer songwriters in what is a fiercely competitive arena. Ask any musician who has trodden the boards and corridors of the music world, they will tell you it requires a firm dedication to the task.

Jeffrey Foucault has been doing just that for nigh on 20 years having come to the fore with his first solo album ‘Miles From the Lightning’ back in 2001. Blessed with the kind of ‘lived in’ vocal that draws in the listener, he returns with his sixth album of original material, ‘Blood Brothers’. Of course, as you travel that aforementioned hard road, you gather friends along the way and those who helped with ‘Blood Brothers’ get a prominent mention on the front cover of this release.

It’s pretty much the team of musicians that he successfully used on his last album in 2015, ‘Salt As Wolves’. On hand and named on the cover of this new recording are drummer Billy Conway, Bo Ramsey (Lucinda Williams) on electric guitars, Jeremy Moses Curtis (Booker T) on bass and joined, this time, by pedal steel great Eric Heywood (Pretenders).

This assembly of musicians suggests a band approach to the record but, in truth, it only rocks out on ‘War On The Radio’ which nags at the dilemma of modern life in America as it sits at a distance from death and destruction. More common amongst the tracks is the band’s creation of a gentle groove assisted by various fine singers. Take the opening track, ‘Dishes’, which captures a vision of domesticity where he is joined on the vocal by Kris Delmhorst, his wife. Similarly, Tift Merritt adds her sweet duetting voice to the song, ‘Blown’, as it contrasts the physical dislocations of life and love. Indeed, the title track itself includes an appearance by Pieta Brown on vocals in its overt reflections on the memory of lost loves.

The latter is one of two songs written with Billy Conway whose role is clearly more than drummer as he’s toured with Foucault for a few years. The other joint composition with Conway is ‘Little Warble’ which also captures the imagery of a breakup. So far, you may be thinking that the blood brothers of the album’s title are all down to those seen in a loving couple’s experiences. However, he explores a father and son relationship on ‘Cheap Suit’ as well as charting family life on ‘Dying Just A Little’. All this before closing the album with ‘Pretty Hands’ and their use to do the chores, a theme earlier explored in the opening track, ‘Dishes’.

As with lots of other great songwriters, it’s not necessarily the breadth of the subject matter that is covered which counts but the poetry in the lyrics. Yes, this record deals with personal relationships on several tracks but it’s Foucault’s ability to draw you into the imagery of the lyrics that wins the day. Add to this the empathetic playing and singing of his fellow musicians and you’ll find that ‘Blood Brothers’ is a winner.