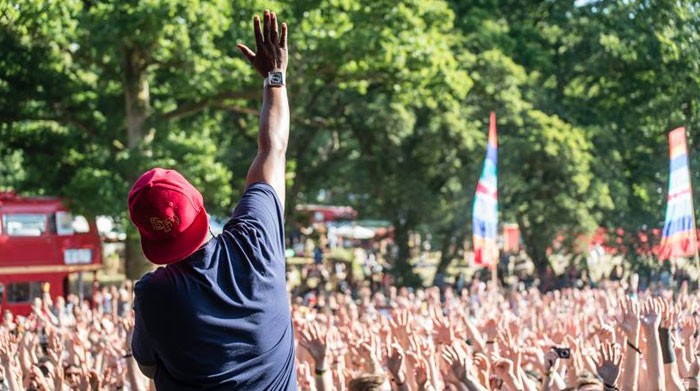 Blissfields have confirmed dates for its 2016 main event in Woodmancott, Hampshire, returning for its 16th year on July 1st and 2nd with a “HOUSE PARTY” theme. Tier 1 tickets are on sale now via blissfields.co.uk from £85 for an adult pass, alongside tickets for a one-off Christmas Party. First music acts to be announced early 2016.

Blissfields has always celebrated the intimate party spirit and this year it’s going all out with its biggest art installation ever, creating a festival site like they’ve never done before. Blissfields will be hosting slumber parties, garage raves, retro living room discos, and so much more alongside its usual music programme, sprawled across a stunning tree-lined site at Vicarage Farm in Hampshire.

Channelling the spirit of National Lampoons and Dr. Frank N. Furter via the Bratpack, 1990’s and Skins, they’ll smudge the eras into the party at the end of the universe. It’s the end of the world as we know it, but we feel fine.

Blissfields has reached out into the rafters of the cosmos inviting sold-outs crowds to its small but perfectly formed, 5,000 capacity, tree-lined mini wilderness in the Hampshire countryside since 2001.

The family friendly festival for forward thinking music fans will be inviting many of its collaborators back next year including the 2015 AIF Winners’ The Hidden Hedge, who claimed the award for most “Unique Festival Arena” of the year. Once again they’ll be building a dystopia within utopia.

Then as always there will be hand-picked artisan food stalls, ales, an award-winning mini festival tailor made for kids and families, a brand new interactive area, games arena, five stages of live music, and some more top-secret additions.

It’s without doubt the most ambitious Blissfields yet, and still only 5,000 capacity.