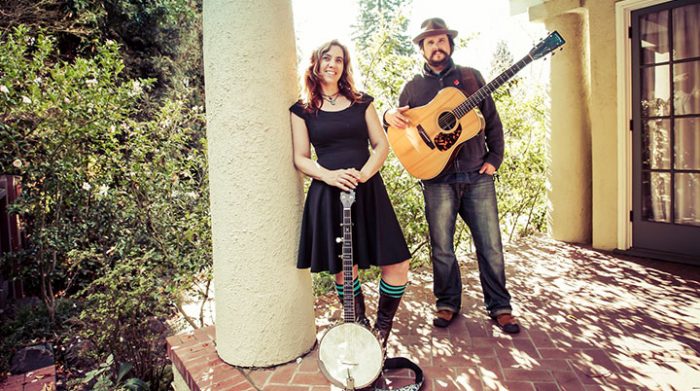 The Small Glories are Cara Luft, a founding member of The Wailin’ Jennys, and multi-instrumentalist JD Edwards. Theirs is a perfect blending of talents as we see imaged in the title of their new record, ‘Assiniboine & The Red’. A reflective title inspired by the point where two strong and powerful Canadian rivers merge.

This, the second album from The Small Glories, draws not only its title but much of its musical inspiration from their Canadian homeland. Many of the songs take their lyrical themes from this setting and, furthermore, the duo have worked with other Canadian songwriters to shape what is a superb mix of material.

Typifying their approach is the opening track, ‘Alberta’, with Luft delivering some lilting claw hammer banjo that gently drives along a song which is co-written with fellow Canuck, James Keelaghan. In a homage to the prairie state, this song gives us a good taste of the duo’s strong harmonising and musical skills. ‘Long Long Moon’ follows and shows their versatility in harmonising with the gentler female vocal juxtaposed against Edwards’ gruffer, lonesome vocal. 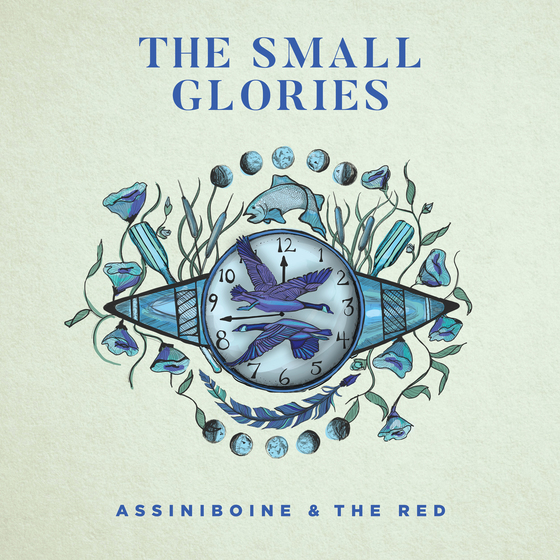 However, don’t run away with the idea this is a laid back acoustic, harmonising duo as they’re often joined by Gilles Fournier on bass and Mark Mariash on various percussion. As you’ll hear on ‘Johnson Slide’, a co-write with Lynn Miles, they’re not afraid of that fuller sound as demonstrated by how its strident beat works the memorable hook line of the title.

‘Pieces of Me’ also provides a darker tone brought on by the heavy reverb added on the electric guitar which gives a bluesy feel to what is typically more of an album with a folk sound. The album is bookended with another slice of Canada on ‘Winnipeg’ which is a vibrant celebration of their hometown and the place where the album was recorded.

You’ll sense from this review that the album has a rich mix of style which does justice to what is a great set of songs. At this point, it should also be mentioned that the arrangements and production on this record are top class. As should be the case, this helps to get the most out of the musicians in support of these fine songs. Whilst ‘Assiniboine & The Red’ may resonate more with listeners from Canada, there’s no doubt that this treasure trove of music has been well laid out for anybody who takes the time to listen. Do take some time out to catch up with The Small Glories.