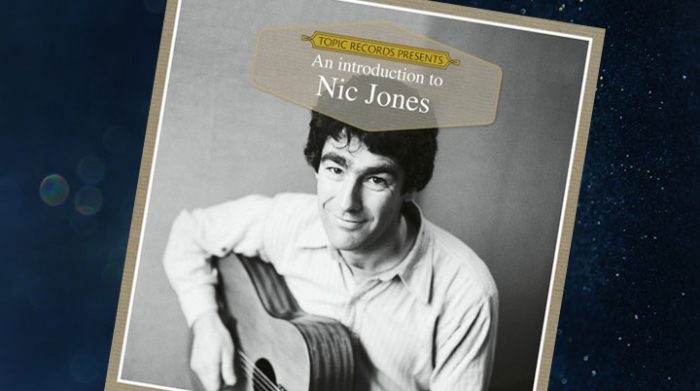 Given to a cavalier spirit and modus operandi that few folk singers could match in the 70s Nic Jones was undoubtedly at the peak of his powers when he recorded the tracks which populate this entry in the long running Topic series reappraising their significant artists. It was his open guitar tunings which made him so distinctive, often it sounded like there were three players on a track but it was all NJ and his lightning digits.

His career was dashed in 1982 when returning to his Cambridgeshire home after a gig in Glossop, he collided with a wagon and suffered extensive injuries. With movement and co-ordination problems touring and playing was no longer an option, he was in hospital for eight long months! Yet he’d made ‘Penguin Eggs,’ now acknowledged as a classic just a short time before it’s that album and a later 70s live shout ‘Game Set & Match,’ which make up the bulk of this primer. Determined and stubborn as ever Nic did eventually resurface with his son Joe on guitar and Belinda O’Hooley adding instrumental textures, the trio toured from 2010 – 2013 and here the new tracks are from that line up, worth the price alone to hear his voice once more. The opening track ‘Courting Is A Pleasure,’ however remains his definitive recording, you’ll be the poorer for not owning it.