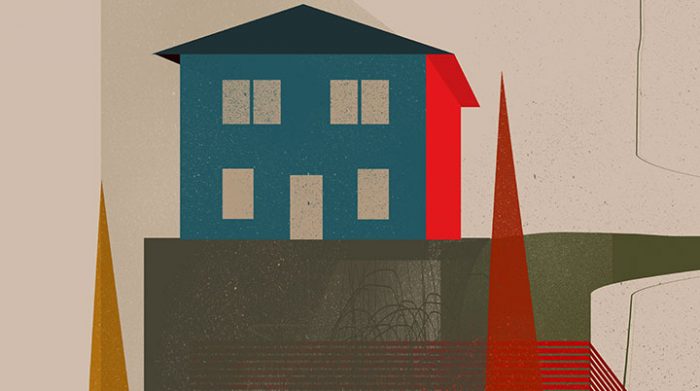 Quite why some musicians attract a large audience and others continually produce music of great worth without its justified reward is a mystery. One, sadly, not always corrected by critical acclaim in public like this. Some years ago, Denison Witmer was recommended to me by Gretchen Peters and she was not wrong with this musical tip. So, it’s a delight to find a new Denison Witmer record, ‘American Foursquare’, has appeared on his faithfully supportive label, Asthmatic Kitty Records.

The beginnings of this record came about when Witmer relocated within Pennsylvania from Philadelphia to his hometown of Lancaster in 2014. Indeed, the album’s title comes from the architectural design of his ‘new’ 100 year old home. The key word in that last sentence being ‘home’ as that’s a theme that recurs throughout the new record.

Indeed, it’s the delicate title track that opens the record with its gentle reminders of what home means in terms of setting, neighbours, community and the daily life of “a little slow but I’ll be alright”. It’s a centrepiece in many ways as other tracks lead off into the differing perspectives of achieving joyful times with family. Most obviously, this appears when raising family with ‘Confident Sensitive Child’ and considering the loving partner that helps to achieve this on ‘Simple And True’. Additionally, there are family nurturing themes such as his love of music on ‘River Of Music’ as well as an appeal to his loved ones on ‘Save Me From Myself’.

Whilst, musically, the songs are built around the acoustic guitar in a folk style, the record is swimming with delicate strings, piano and contributions on vocals from Abby Gundersen as well as Aaron Campbell’s electric guitar and mandolin. It all adds up to a highly satisfactory, self reflective record that helps facilitate a much needed soothing mood for our times. Do yourselves a favour in these tough times and clap your ears around this.