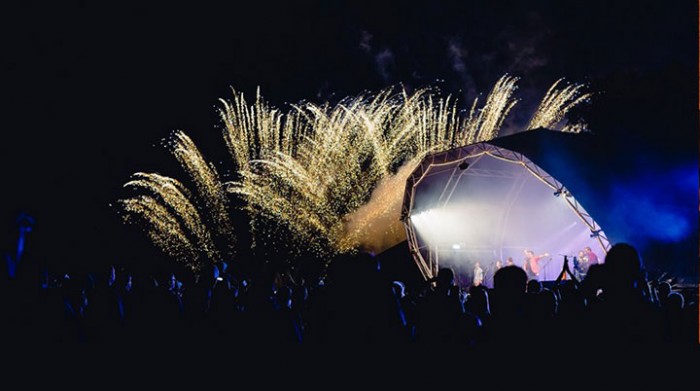 The gorgeous one day festival Folk by the Oak returns to Hatfield House on Saturday 24 July 2016 with 3 very different but equally exciting main stage acts announced as tickets go back on sale. With sales of over 1.5 million albums and 2 Grammy nominations to date, 2016 sees Afro Celt Sound System celebrate their 20th anniversary with the release of a new studio album ‘The Source’ scheduled for early in the New Year. Undoubtedly their most ambitious album yet, ‘The Source’ will take their cross-cultural collaboration and acclaimed live performance to another level, and provide a dramatic finale to this hugely popular one day festival.

Also lined up for the main stage are 2 unique collaborations:

From the archives at Cecil Sharp House to collecting trips in the Appalachian Mountains, the collaboration between Martin Simpson & Dom Flemons brings together top class musicianship and shared musical histories, while Sweet Liberties gathered six prominent folk musicians to create new music inspired by the pursuit of democracy. Co-commissioned by Folk by the Oak and The English Folk Dance and Song Society (EFDSS), Sweet Liberties is just returned from a UK tour and, as with the last joint venture between Folk by the Oak and EFDSS (the hugely successful Elizabethan Session of 2014) the project will culminate in the artists reforming for a one off performance at Folk by the Oak next July.

Folk by the Oak is a happy mixture of local village fete and the full on festival experience! The Folk by the Oak team work hard to ensure a line-up of high calibre musicians is complimented by an array of creative craftspeople and culinary wizards (many of whom are local to Hatfield House) who bring the site alive with colour, creativity, flavour and imagination, showing the difference it makes when care and passion drive the making of delicious dishes or the crafting of handmade gifts.

For information and to book tickets: www.folkbytheoak.com